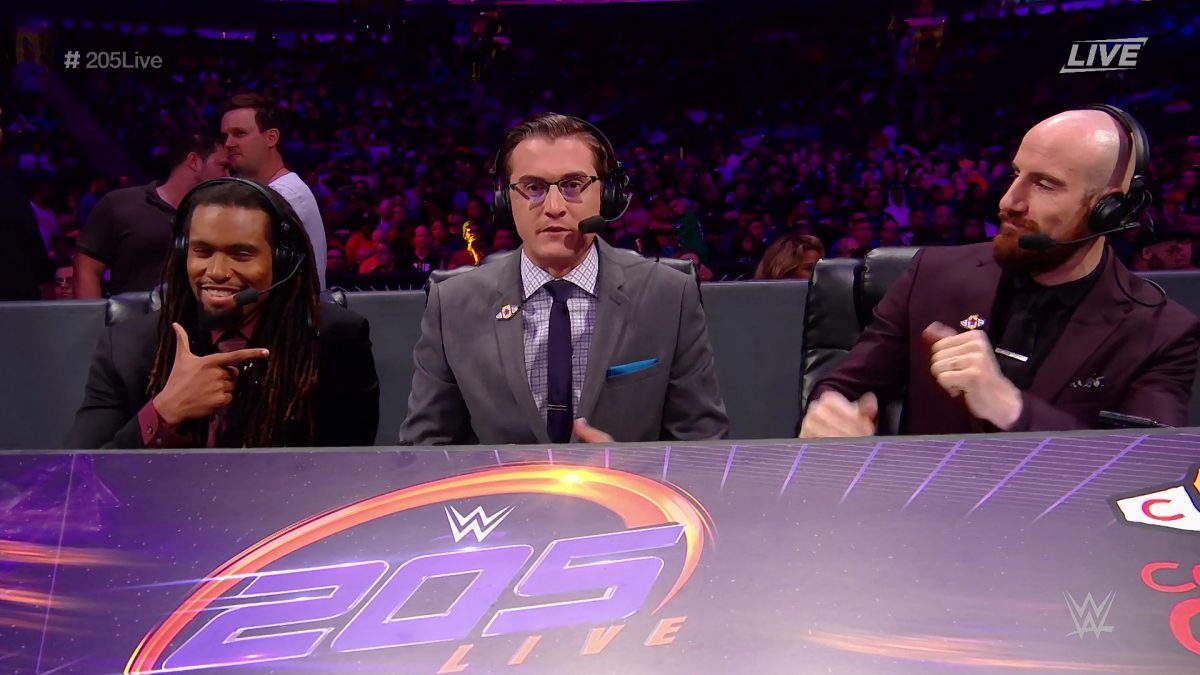 Nigel McGuinness will no longer be doing commentary for 205 Live and will only be part of the NXT USA commentary team now.

He was replaced tonight on 205 Live by NXT wrestler Dio Maddin, who joined Vic Joseph and Aiden English.

Bray Wyatt wrestled in a dark match after 205 Live, defeating The B-Team. Wyatt took out both Curtis Axel and Bo Dallas and beat his brother Bo with a mandible claw in about a minute.

Before SmackDown, Ali defeated Buddy Murphy in a dark match.

The crowd in Madison Square Garden for SmackDown was significantly smaller than the crowd for Raw and about half of he upper levels were tarped off, according to PWInsider.

Raw was said to be close to sold out last night.