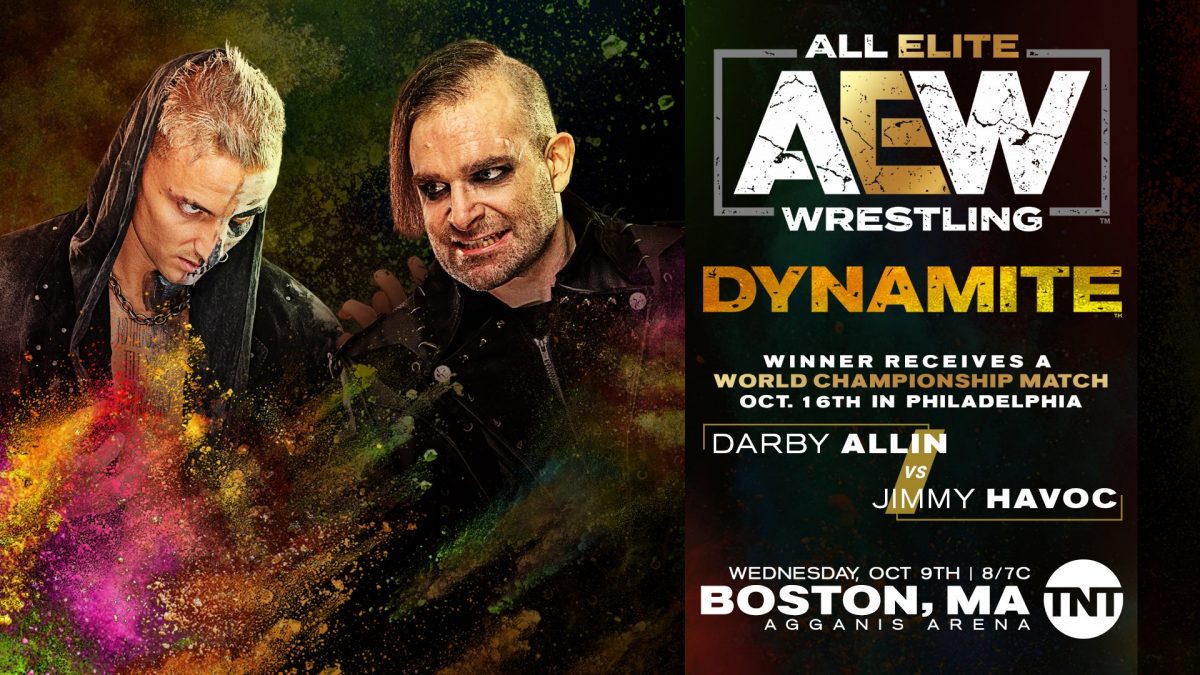 AEW announced a new match for this Wednesday’s episode of Dynamite. Darby Allin will face Jimmy Havoc, with the winner getting a World title shot against Chris Jericho the next week on October 16.

Announced card for this week:

AEW Dynamite on Wednesday, December 11 will take place in Garland, Texas, just outside of Dallas, at the Curtis Culwell Center, which seats about 6-7,000.

Dallas / Fort Worth MetroPlex get ready #AEWDynamite is coming to town Wed, Dec 11th to the Curtis Culwell Center in Garland, Texas. Tickets starts at $20 and go on sale this Friday, Oct 11th at 11am CST / Noon ET – https://t.co/UN1cNj1kQq pic.twitter.com/JPiJBf4oWP

Here’s the latest episode of Being the Elite.

Matt & Nick wonder if Kenny is mentally prepared for Dynamite. Where was Hangman during the brutal beat down?