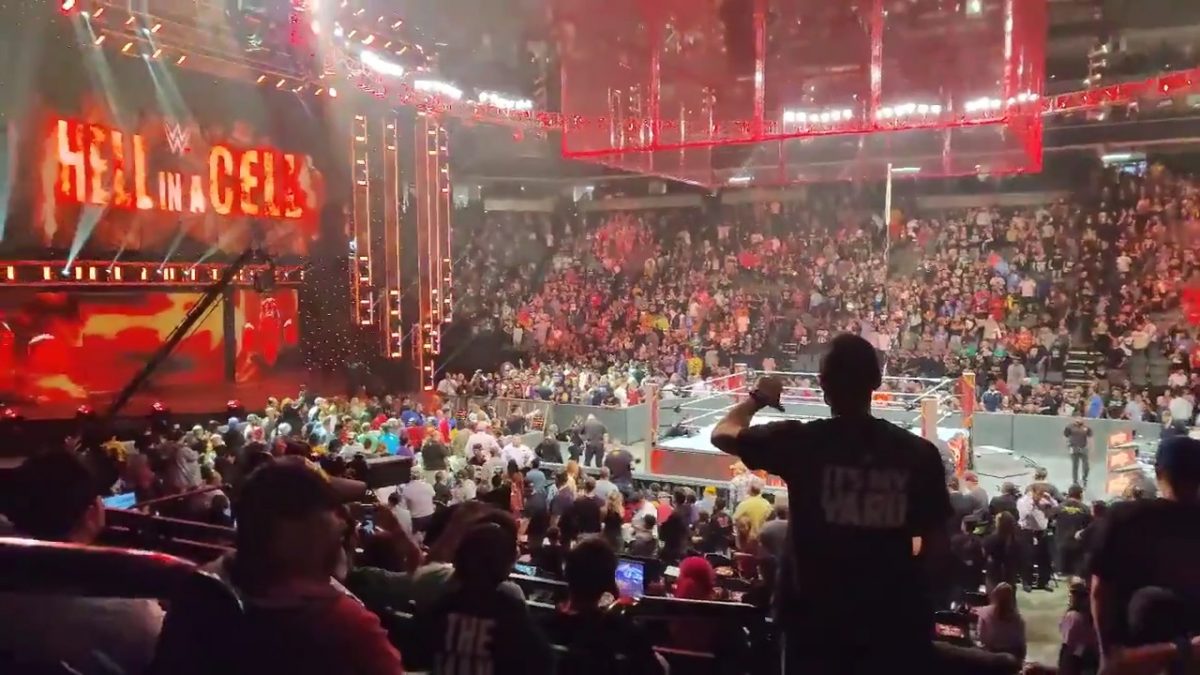 There were loud boos after the Hell in a Cell PPV, with people on Twitter saying that boos and chants of “AEW” and “refund” went on for over five minutes after the show went off the air.

Loud AEW chants could be heard during the PPV when Wyatt was about to give Rollins a Sister Abigail on the exposed floor.

Here’s some of the after show crowd reaction:

PPV ended, lights came on and people are still here booing. @WWE should be ashamed of themselves. #HIAC #HellInACell pic.twitter.com/BtlC9nZemL

X-Pac, who was on WWE’s live Watch Along show, had this to say about the finish: “You may not ask me back for another one of these, but how the hell do you get DQ’d in a Hell in the frickin’ Cell?”

X-PAC’s reaction to the ending of #HIAC is all of us lmaoooo pic.twitter.com/dgCbQt5I9g

Matt Jackson posted this reminder after the PPV.

We’ll be back Wednesday for a new episode of Dynamite on TNT.