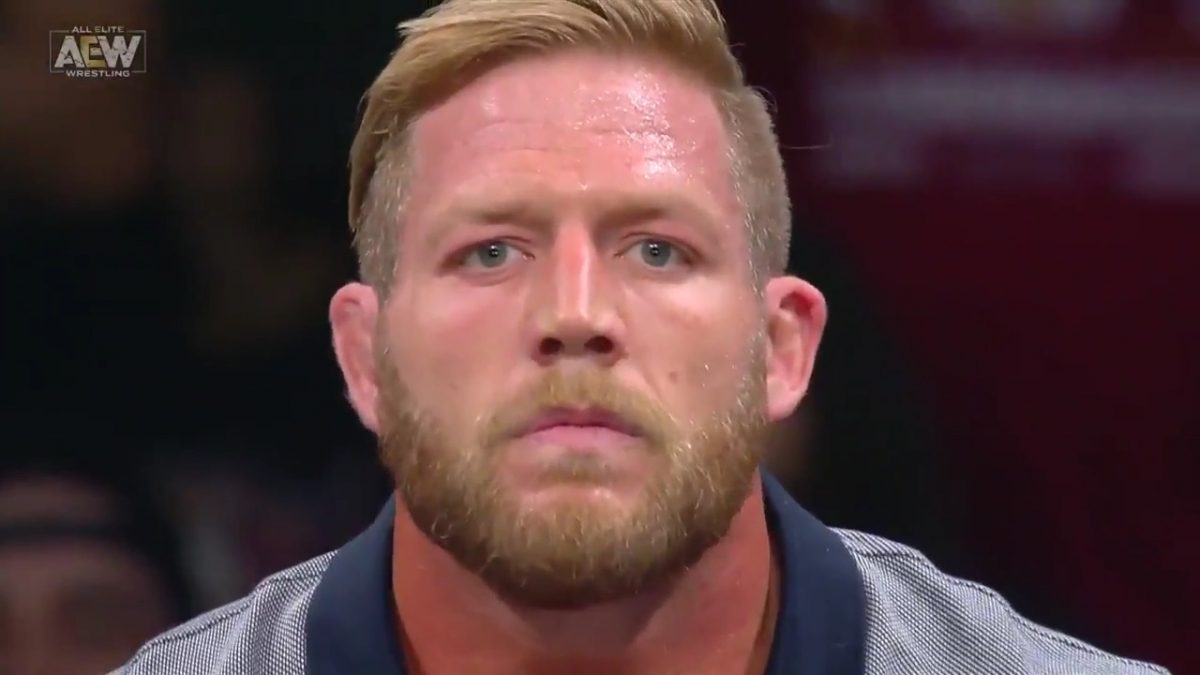 Hager ran out towards the end of the show to attack Dustin Rhodes, Cody Rhodes and The Young Bucks, allying himself with Chris Jericho, Santana, Ortiz and Sammy Guevara. The heels beat down and stood tall over Cody, Dustin and the Bucks to end the show.

Commentary referred to him as Jake Hager.

Hager requested his release from WWE around March 2017, saying that WWE “didn’t value me at what I thought I was valued at.”

After his release, he wrestled for indie promotions and for Lucha Underground, and has had two fights in Bellator MMA, winning both (in January and May of this year).