Raw/SmackDown “Blockbuster” Trade to Be Announced Tonight on “WWE Backstage” 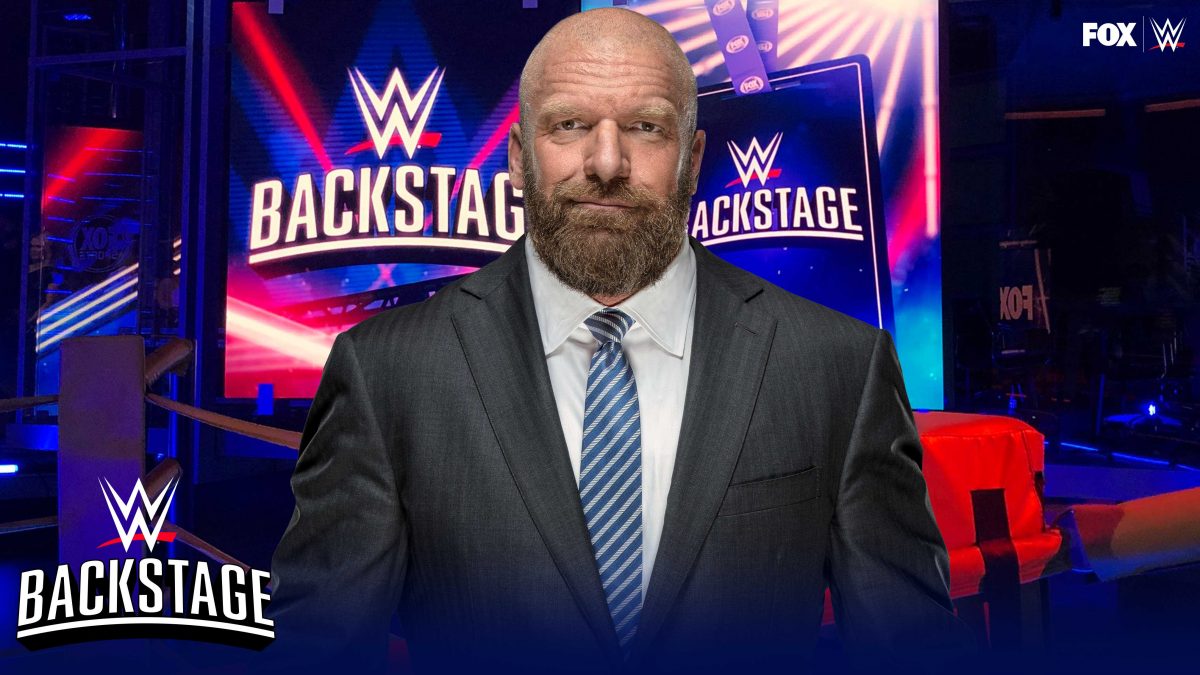 Triple H will announce a “blockbuster trade” between Raw and SmackDown tonight on a special preview episode of “WWE Backstage” on FS1 after game 3 of the ALCS, which should be some time around 7-8 PM ET.

BREAKING: @WWE COO @TripleH will join WWE Backstage, from the @WWEPC in Orlando, FL, to announce the details of the trade between #RAW and WWE Friday Night SmackDown.

WWE Backstage will air following the conclusion of Game 3 of the ALCS on @FS1. pic.twitter.com/A1VYILYKQR

It starts following the conclusion of Game 3 of the ALCS on @FS1. ➡️https://t.co/KTesKXjsPr pic.twitter.com/xVP0Taju8N

Los Angeles – Before WWE BACKSTAGE officially debuts on Tuesday, Nov. 5 at 11:00 PM ET on FS1, FOX Sports offers a sneak peek of the show tonight following the conclusion of ALCS Game 3 between the Houston Astros and New York Yankees on FS1.

Host Renee Young and studio analyst Booker T are joined by WWE Superstar Paige, whose life story inspired the hit movie “Fighting With My Family,” and WWE Superstar Christian on the panel to discuss all things WWE, including insights and analysis from the conclusion of the WWE Draft.

WWE Legends Shawn Michaels and Sting join the show to break down their favorite match of all time. In addition, five-time MLB All-Star and WWE superfan Adam Jones appears in studio with the WWE BACKSTAGE crew.

Young also sits down with former UFC heavyweight champion Cain Velasquez and former WWE Champion Rey Mysterio to discuss the UFC standout’s transition to WWE and upcoming match against Brock Lesnar with the WWE Championship on the line.

Tune in to this special preview of WWE BACKSTAGE, following the conclusion of ALCS Game 3 on FS1, with first pitch at 4:08 ET.