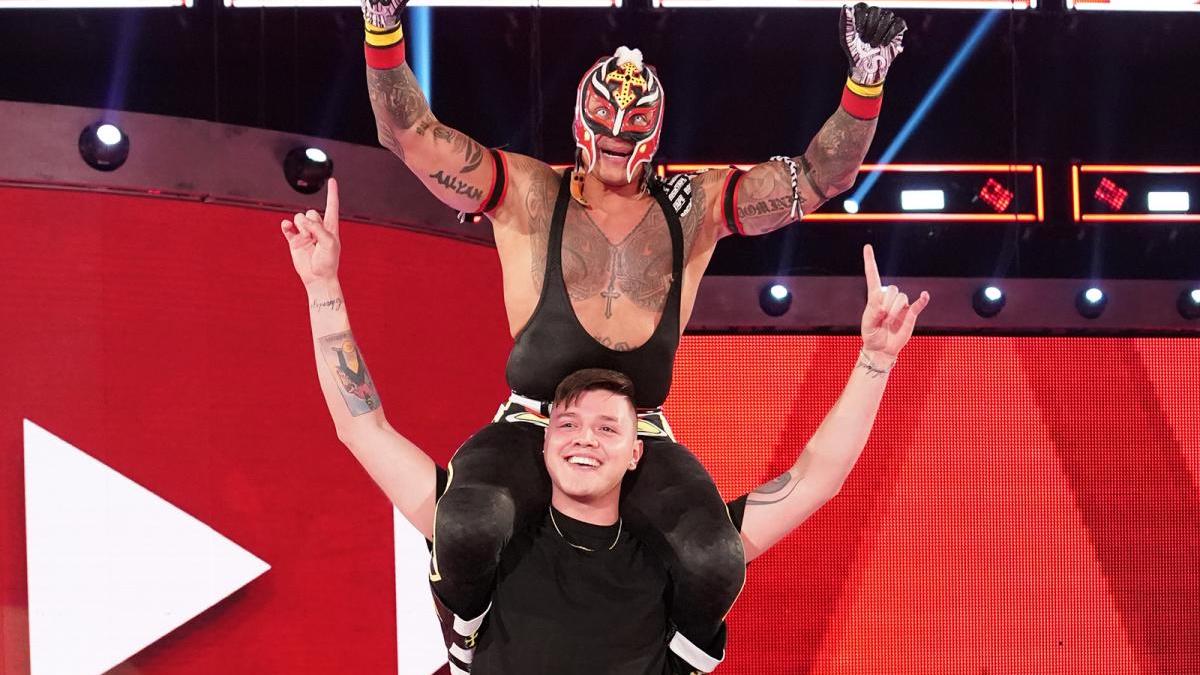 Newsweek held a recent interview with Rey Mysterio and one of the topics discussed included his thoughts on his son Dominick training to become a professional wrestler and advice for his son’s future career.

“I’ll tell you this. I’d be the first one to tell him directly, “Hey, you suck. You have to step it up a notch.” That’s how I’ve been with him and my daughter. Overall, I’ve seen him train from day one up until now and it’s definitely in his genes. It’s in his bloodline. There’s no doubt in my mind that this was the right choice for him and I’m glad that I didn’t push him into this and it came organically from him. He’ doing incredible and he’s learning day by day. This is only the beginning for him and I can’t wait to see what the future is.

The number one advice I give him, and I’ll remind him to this day if I have to, you cannot live in my shadow. You can’t. You’re a much bigger person. He’s 6’1″ and about 200 pounds so you cannot even compare my in-ring ability to his. You have to be yourself. You have to create your own legacy. You can’t follow in my footsteps. Yes, you are my son, but you have to do your own thing. Don’t ever go back and try to be me. I think he picked that up on day one. He definitely created his own legacy and creating his own mold. I think the hardest thing for the fans trying to compare him to what I did in my career. There’s not going to be another Rey Mysterio. There never will be — just like there will never be another Shawn Michaels or Eddie Guerrero or Undertaker — there’s only one. For my son, that’s gotta be him he’s gotta create his own style and his own legacy.”

NJPW officials reportedly were very pleased with this past weekend’s Fighting Spirit Unleashed tour in the United States, according to PWInsider. Of the three events, the Philadelphia event was reported to have been the most profitable in terms of live gate and the New York event being the highest for merchandise sales.

The Japanese commentary for the New York event reportedly was done in studio from Japan and not on site.

Among the notable people backstage at the Philadelphia event were Kairi Sane from WWE, Sumie Sakai and Cheeseburger from ROH, and former ECW promoter Ed Zohn.

NJPW officials reportedly have held early talks regarding the idea to hold more events in the United States during the first quarter of 2020.

Major League Wrestling announced that they have recently signed A.J. Kirsch to a commentary role in the company.

All Elite Wrestling announced that they have recently signed Alex Abrahantes to a commentary role in the company.