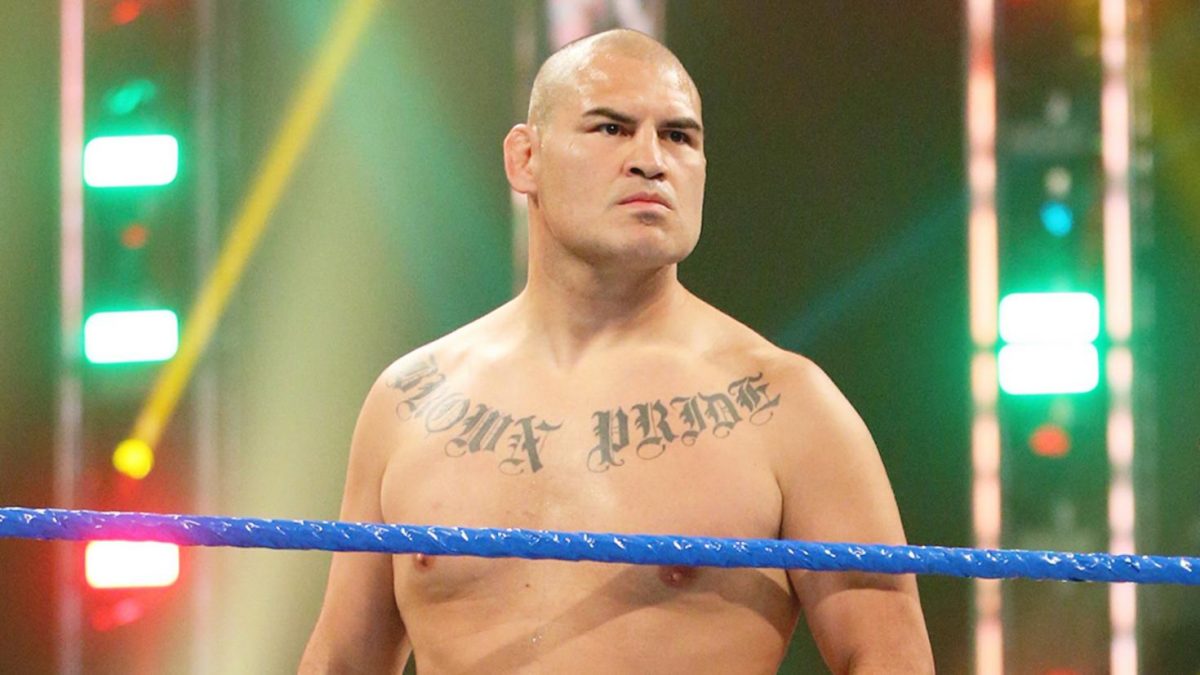 Cain Velasquez reflected on Twitter about his recent retirement from MMA and his new career in WWE.

“To the UFC, my family, friends, and all the fans, thank you for the past 11 years. Thank you to all my coaches, teammates and agents. I am so blessed to have been able to have a career doing something I absolutely love. I knew from the time I was a junior in college I wanted to be a fighter and after graduating from college, I set off on my journey of becoming a fighter with the goal of being UFC Heavyweight champion. There are few people in this world that can say that they have achieved what I have, and I am forever grateful for the opportunities and position I held being a part of the UFC. With my official retirement from the UFC, it’s time for the next chapter.

A year ago, when I went to my first WWE show, I fell back in love with a sport that I had watched and participated in since I was a child. From that moment, I have been doing a crash course on all things that relate to pro wrestling. I’ve been training at different gyms, going to shows and watching more matches then I would like to admit, but I can honestly say I eat, sleep and breath wrestling now. The contract is signed and I’m on my way to my next goal which is Universal Champion.

WWE Universe, thank you for welcoming me with open arms.

DAZN News held a recent interview with Tyson Fury and some of the topics discussed included his new contract with WWE and if his upcoming match against Braun Strowman will jeopardize his potential upcoming boxing match against Deontay Wilder.

“Apparently my promoter, my trainer, my manager, my family and everybody at home has been saying ‘Don’t take this fight because that guy is going to rip that cut open!’ But I’m quite quick and it’s really up to me to not allow him to rip that cut open.

It’s worrying moments for the Wilder rematch, but I’m living in the moment.”

“This deal came together just recently. My people have been working behind the scene on it for the past few months but my involvement came over the past couple of weeks.

I always wanted to get involved with WWE for a number of years but because of my boxing career, I wasn’t able to. The opportunity arose recently, and I took a hold of it with both hands.”

WWE to Hold Next Investor’s Meeting Later This Month

WWE announced that they will be holding their next investor’s meeting on October 31st to discuss the results of their fiscal third quarter 2019 report. This meeting will start at 11:00AM EST, which is two hours prior to the start of their Crown Jewel 2019 event in Riyadh, Saudi Arabia.

STAMFORD, Conn.–(BUSINESS WIRE)– WWE (NYSE: WWE) announced that it will report its third quarter 2019 results on Thursday, October 31, 2019, before the opening of the market. The Company’s Co-Presidents, George A. Barrios and Michelle D. Wilson, will host a conference call beginning at 11:00 a.m. ET to discuss the results.

All interested parties are welcome to listen to a live web cast that will be hosted through the Company’s web site at corporate.wwe.com/investors. Participants can access the conference call by dialing 855-200-4993 (toll free) or 323-794-2092 from outside the U.S. (conference ID for both lines: 9871358). Please reserve a line approximately 10 minutes prior to the start time of the conference call.

The earnings presentation referenced during the call will be made available on October 31, 2019 at corporate.wwe.com/investors. A replay of the call will be available approximately two hours after the conference call concludes, and can be accessed on the Company’s web site.