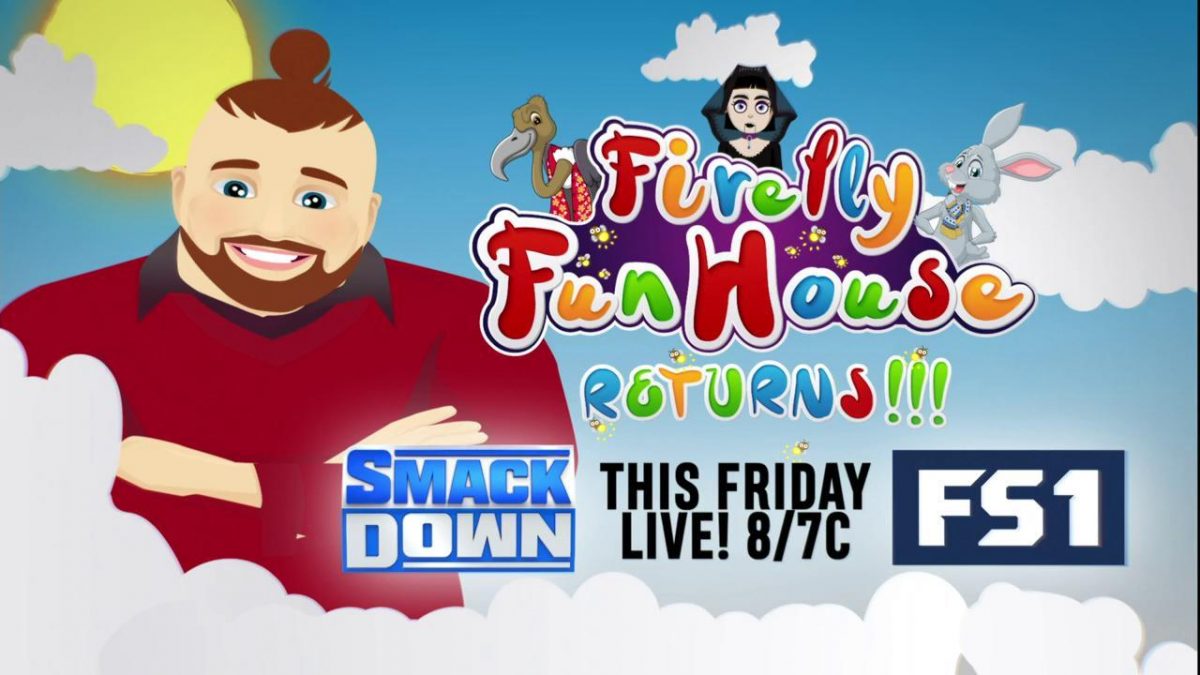 WWE said on Raw that the Firefly Fun House will return on this Friday’s SmackDown on FS1, after Seth Rollins burned it down last week on Raw.

THIS FRIDAY: @WWEBrayWyatt promises the RETURN of the #FireflyFunHouse when #SmackDown airs LIVE on @FS1 at 8/7c! pic.twitter.com/4aJUwBYSYI

WWE taped these matches for Main Event before Raw tonight in Cleveland:

As they’ve done the past couple of weeks, WWE had another Seth Rollins vs. Bray Wyatt dark match after Raw went off the air, inside of a cage, with the red light and all.

Rollins won after hitting him with several stomps and escaping the cage, but Wyatt attacked him after the match, locking on the Mandible Claw.