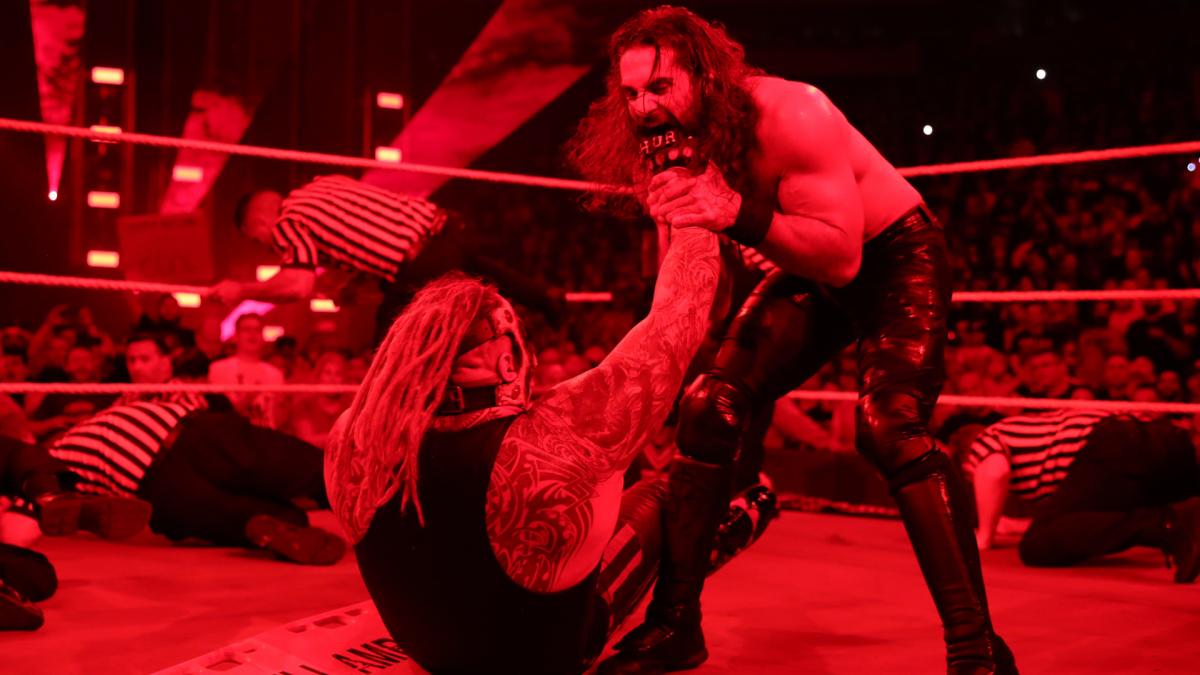 After Raw went off the air, Seth Rollins came out and demanded that The Fiend come out. He came out, red lights flooded the arena and they had a quick match, which ended when Wyatt put the Mandible Claw on the referee, causing him to later call for the disqualification.

After Wyatt attacked the ref, Rollins hit Wyatt with a bunch of Stomps, then put his head inside of a chair and was going to hit him with another chair, but Wyatt sat up and locked on a Mandible Claw on Rollins. The lights started flickering, the Fiend sounds played in the arena, and Wyatt disappeared from the ring and showed up at the entrance ramp. His laugh played in the arena and the show ended.

Rollins was left alone in the ring and predictably/obviously received a lot of boos from the crowd.

It's amazing how badly WWE killed Seth with the fans for a feud they had no intention of paying off.

This was the reception he got in Denver after the dark match. #Raw pic.twitter.com/NTypJfXnyi

Wyatt posted this after Rollins burned down the Firefly Fun House.

Ramblin’ Rabbit was taken from us in tonight’s super unnecessary, cruel arson attack.

Also, I wanted you to know @WWERollins, I forgive you.
It is my nature to do so, no matter how how upset I get.

Not everyone here feels this way, however.

Quick question: How did you find it?
Are you dead?