Aliyah and Mia Yim Bloodied and Injured at NXT 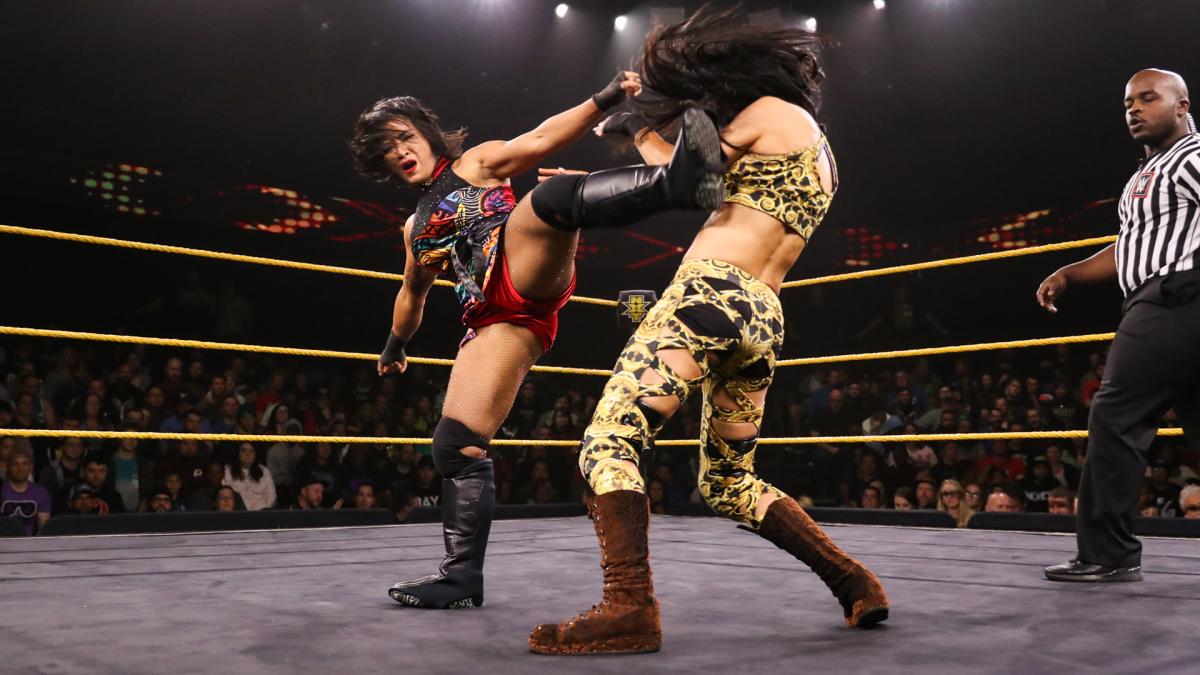 Both Aliyah and Mia Yim were busted open on their faces during their matches last night on NXT.

Aliyah suffered a broken nose after taking a kick to the face from Xia Li, which won the match for Li and left Aliyah bloody.

WOW. Let’s give it up for the sloppiest person in the locker room.. @XiaWWE 👏🏽👏🏽

That’s what happens when you mess with Xia 🔥⚔️🌶 https://t.co/mdME9arDUD

Mia Yim’s face was also busted up during her ladder match against Io Shirai and she also suffered a broken nose, WWE said, adding that she’s “day to day.”

As Yim was holding a ladder, Shirai did a springboard dropkick, smashing the ladder right into Yim’s face. She immediately started bleeding and officials came down to check on her for a few seconds, with the cameras trying not to shoot it.

Later in the match, she took a crazy bump, being shoved off of the ladder over the top rope through a ladder on the outside.

Yim seems to be OK though. Mick Foley tweeted about the nasty landing and said, “You OK?” She responded, “I’m good, Mick. 💪”