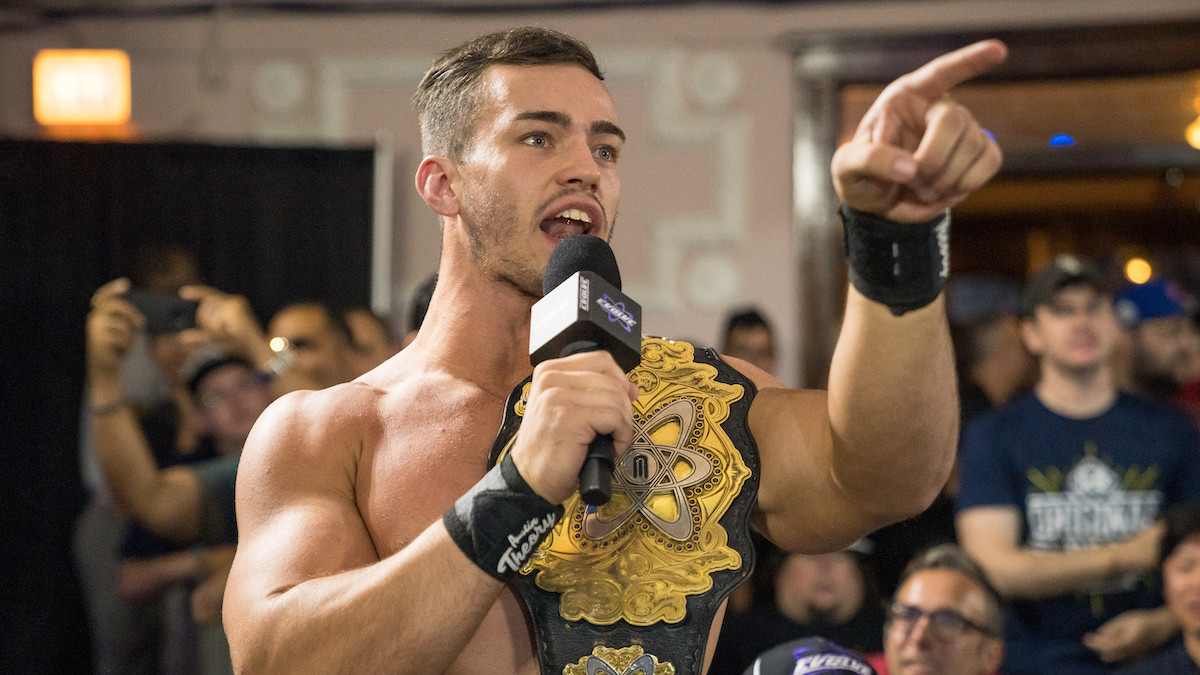 Austin Theory signed with WWE in August and has been wrestling at NXT house shows and dark matches.

He will be finishing up with EVOLVE at tonight’s show in Brooklyn, NY, according to PWInsider. He’ll be facing Curt Stallion.

Shotzi Blackheart will also be finishing up with EVOLVE at tonight’s show. She signed with WWE last month.