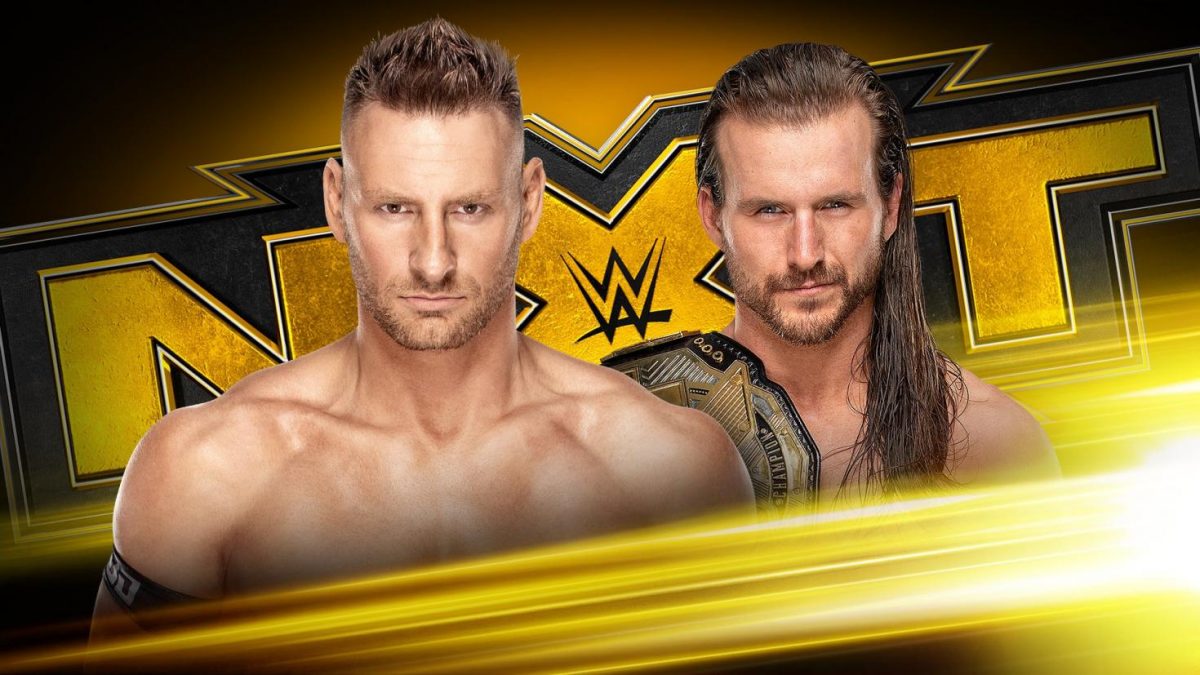 Raw Women’s Champion Becky Lynch makes her way to the ring to a huge ovation. Lynch says it’s been a while since she’s walked down the ramp and listened to the crowd sing her song. It’s been a while since she’s kicked someone’s ass here! Lynch takes off her jacket and prepares to fight. She says Triple H left the door open, but she was coming anyway. On SmackDown, you have Bayley crying like a teenager. She destroyed all the Bayley buddies except the blue haired one that’s holding her back. Lynch says she is THE champ!

A “Shayna’s gonna kill you” chant fires up. Lynch says she’s here to tell her who the hell she is. Lynch calls Shayna Baszler out.

Rhea Ripley comes out and answers the challenge from Becky Lynch!

They lock up, and Ripley applies a side headlock. Lynch whips her off and shoulder blocks her down. The NXT crowd boos Lynch. Ripley quickly gets her in the electric chair and drops her on the apron.

We come back from the break to see Ripley standing over Lynch. Ripley pushes at her until Lynch fights back. Ripley sends her into the ropes and puts her on the apron. Lynch kicks and knees her back. Lynch goes to the second rope, but Ripley cuts her off and slams her to the mat. Lynch counters a body slam into a reverse DDT.

An “NXT” chant fires up. Both women are down. They get to their knees and exchange punches. Lynch kicks her down and hits the ropes, but Ripley takes her down with a flapjack for a near fall. Lynch catches her with an enzuigiri and follows up with a diving leg drop for a near fall. Ripley comes back with a roll-up for a near fall. Lynch immediately applies the Dis-Arm-Her, but Ripley fights out! Ripley powers Lynch up with one arm, but Lynch counters into a whip throw. Ripley puts Lynch on the apron, but Lynch punches her back. Lynch goes to the top rope, but Ripley cuts her off. Ripley then takes her down with a superplex. Another “NXT” chant fires up.

NXT Women’s Champion Shayna Baszler runs down with Jessamyn Duke and Marina Shafir. They attack Lynch and Ripley. Lynch and Ripley fight them off, and Baszler escapes. Ripley and Lynch then wipe out Duke and Shafir.

Kona Reeves is making his way to the ring when Ricochet attacks him from behind to a HUGE ovation! Matt Riddle comes out to confront him.

Ricochet flips over him and hits a head-scissor takeover before dropkicking him out of the ring. Ricochet then hits a suicide dive somersault senton! Riddle is checking his nose for blood. Ricochet gets him in the ring and goes for a standing shooting star press, but Riddle counters into a triangle choke! Ricochet powers him up, but Riddle gets out, lifts him up, and puts him down. Riddle misses a standing moonsault and penalty kick, but he connects with a Broton! Riddle hits some running forearms in the corner followed by an exploder suplex for a two count. Riddle goes for kick, but Ricochet takes him down and hits a twisting neckbreaker. Ricochet leaps on him for a near fall. Ricochet goes to the top rope for a Phoenix Splash, but he lands on his feet when Riddle moves. Riddle avoids a superkick and hits a Final Flash Knee Strike. Riddle then spikes him on his head with a German Suplex!

Cesaro and Shinsuke Nakamura from SmackDown run in, but Riddle and Ricochet kick them off. Riddle then rolls Ricochet up for the win!

Cesaro and Nakamura get in the ring and attack them, but Ricochet and Riddle clear them from the ring. Cesaro goes into the crowd, but Ricochet still catches him with a springboard plancha! Nakamura kicks Riddle down and sets up for a Kinshasa, but Roderick Strong takes him out. Finn Balor then attacks Riddle! Riddle comes back with a knee and knocks him out of the ring.

The Revival vs. The Undisputed Era (Fish & O’Reilly)

Scott Dawson starts against Kyle O’Reilly. They lock up and go to the corner before shoving each other. Bobby Fish tags in, but Dawson runs away. They chase and all four men are in the ring staring at each other. The two teams think about it and pace for a few moments. Dash Wilder tags in and faces off against Fish. Fish knees him and tags O’Reilly in. Wilder chops O’Reilly and Fish. O’Reilly and Fish go for a double-team suplex, but Dawson interrupts it. They fight and brawl out of the ring.

We come back from the break to see Fish striking away at Wilder. The Undisputed ERA keeps him grounded. O’Reilly and Wilder exchange stiff kicks at ringside before O’Reilly puts him in the ring for a two count. Wilder comes back with a roll-up for a two count. Fish tags in, but Wilder drops him with a back suplex. Wilder kicks Fish back, and O’Reilly tags in. O’Reilly gets dropped on the apron, and he knocks Dawson off the apron. Fish comes in, but Wilder fights him off. The Undisputed ERA hit Wilder with a double knee and a jackhammer/kick combo for a near fall. O’Reilly dropkicks Wilder out of the ring. O’Reilly hits a flying knee off the apron.

Back from the commercial, we see Wilder take O’Reilly down. Fish tags in, but Wilder gets him out of the ring. O’Reilly goes to knock Dawson off the apron, but he misses. Wilder hits him with a hurricanrana and tags Dawson in. Dawson punches Fish and avoids a plancha from O’Reilly. Dawson punches Fish in the ring and connects with a big dropkick. Fish strikes Dawson down, but Dawson fights back and gets O’Reilly out of the ring. Dawson hits a running neckbreaker on Fish and goes to the top rope for a diving head-butt for a near fall.

Fish rolls Dawson up, but Dawson kicks out. Wilder uppercuts Fish, and Dawson drops Fish with a brainbuster for a near fall. O’Reilly throws himself in the way of a double running knee from The Revival! Fish goes to the top rope, but Dawson cuts him off. O’Reilly grabs Fish’s leg to help avoid a superplex. They fight Dawson off the ropes and wipe Wilder out with some kicks. Wilder then DDTs O’Reilly on the apron! Wilder tags in while Dawson hits a superplex. Wilder follows up with a top rope splash for a near fall! An “NXT” chant fires up!

Wilder gets O’Reilly up for a Doomsday Device, but he fights it. Fish knocks Dawson off the ropes, and they have a mistiming spot where Fish gets busted up. The Revival hits Shatter Machine on Fish, but O’Reilly pulls Dawson out of the ring! O’Reilly then sends Dawson into the barricade before knocking Wilder into the ring post. Dueling chants for both teams. O’Reilly hits Wilder with a diving knee off the apron. The crowd is really into this match. O’Reilly tags in and goes to the top rope for a diving knee to the spine of Dawson, but Dawson kicks out!

A “Fight Forever” chant picks up. O’Reilly and Dawson struggle to get to their feet. O’Reilly hits an axe kick and a forearm for a near fall. Fish tags in, but Dawson kicks them away and DDTs O’Reilly. Fish attacks Dawson, but Dawson gets a small package for a near fall. Fish punches and kicks Dawson down and tags O’Reilly in. The Undisputed ERA hits Dawson with a Hi/Low for the win!

Winners by Pinfall: The Undisputed ERA

Bobby Fish is bleeding from the bridge of the nose as they celebrate in the ring.

Carmella comes out to the apron, and the Women’s Team SmackDown competitors attack. Team Raw also comes out. Kairi Sane connects with an InSane Elbow and goes face-to-face with Io Shirai. They’re taken out. Nikki Cross runs down with a garbage can lid and wipes everyone out, standing tall in the ring.

The Viking Raiders vs. The Forgotten Sons

Erik viciously dropkicks one of them out of the ring and viciously takes down the other. Ivar tags in, and Erik scoop slams Ivar onto Steve Cutler. Ivar hits a second rope splash, but it’s broken up by Wesley Blake. Cutler breaks up a pin and beats up on Erik. Cutler suplexes him, but Erik soon fights back. Ivar tags in, and he punches away at Cutler before rolling up the turnbuckle. Jaxson Ryker pulls Ivar off the apron, and Blake knees him down.

We come back from the break to see Ivar viciously taking both Cutler and Blake down. Ivar hits a Bronco Buster before Erik slams him into the other. They hit a double-team German Suplex/clothesline combo, but Ryker puts the boot on the bottom rope. Erik gets in Ryker’s face, but he’s sent into the ring post. Ivar is taken down, but he kicks out. Cutler hits Erik with a Death Valley Driver on the apron (they nearly miss), but Erik kicks out. The referee ejects Ryker from ringside. Erik viciously knees Cutler. Ivar is then hit with a super hurricanrana into Erik and Cutler.

The Viking Raider and The Forgotten Sons face off and start brawling. Ivar, Blake, and Cutler do stereo cartwheels before he wipes them out with a handspring back elbow. They follow up with the Viking Experience for the win.

Winners by Pinfall: The Viking Raiders

The winner’s team will get an advantage in WarGames.

Dijakovic is holding his neck as he starts to climb the ladder. Cole desperately grabs Dijakovic’s foot, so Dijakovic gets down and lifts him for Feast Your Eyes. Cole fights out, lands on the ladder, and climbs to the top. Dijakovic pulls him down, but Cole counters into the Panama Sunrise! An “NXT” chant fires up.

The Undisputed ERA will have the advantage this Saturday at WarGames.

The rest of the Undisputed ERA come down to the ring, but Cesaro, The Revival, and Shinsuke Nakamura from SmackDown cut them off. Zack Ryder, The Viking Raiders, and The Street Profits from Raw come up from behind. A big brawl breaks out.

All of a sudden, Drew McIntyre gets in the ring and hits Dijakovic with Claymore Kick. Keith Lee comes up from behind and hits a Spirit Bomb! Lee and Ivar then hits the ropes! Ivar hits a suicide dive on the brawlers while Lee hits a somersault senton! A loud “NXT” chant fires up. Adam Cole gets up to a big ovation. All of a sudden, Seth Rollins runs up and superkicks Cole down! The crowd loudly boos him!

Rollins starts stomping the mat and sets up for a Stomp, but Tommaso Ciampa comes out to the stage. Rollins motions to Ciampa to get in the ring. Ciampa goes to get in the ring, but he instead viciously attacks Cole. Ciampa then takes his shirt off and gets in the ring with Rollins. They brawl as the show comes to an end!