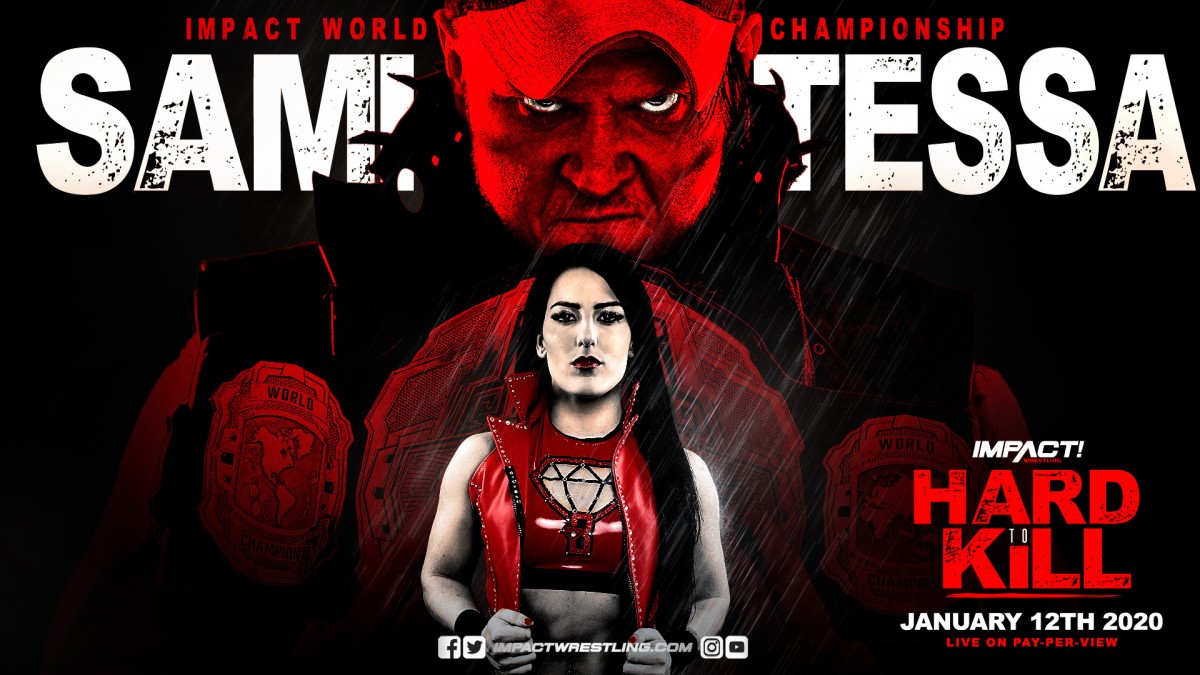 Impact Wrestling announced that Sami Callihan will defend the Impact World Championship against Tessa Blanchard at Impact’s Hard to Kill PPV on January 12.

Impact is marketing it as “the first time in professional wrestling history that a woman will challenge for a promotion’s top championship live on pay-per-view.”

Hard to Kill will take place on January 12 in Dallas, TX at The Bomb Factory.

BREAKING: The #HardToKill main event is OFFICIAL! @Tess_Blanchard will make history and challenge @TheSamiCallihan for the IMPACT World Championship!