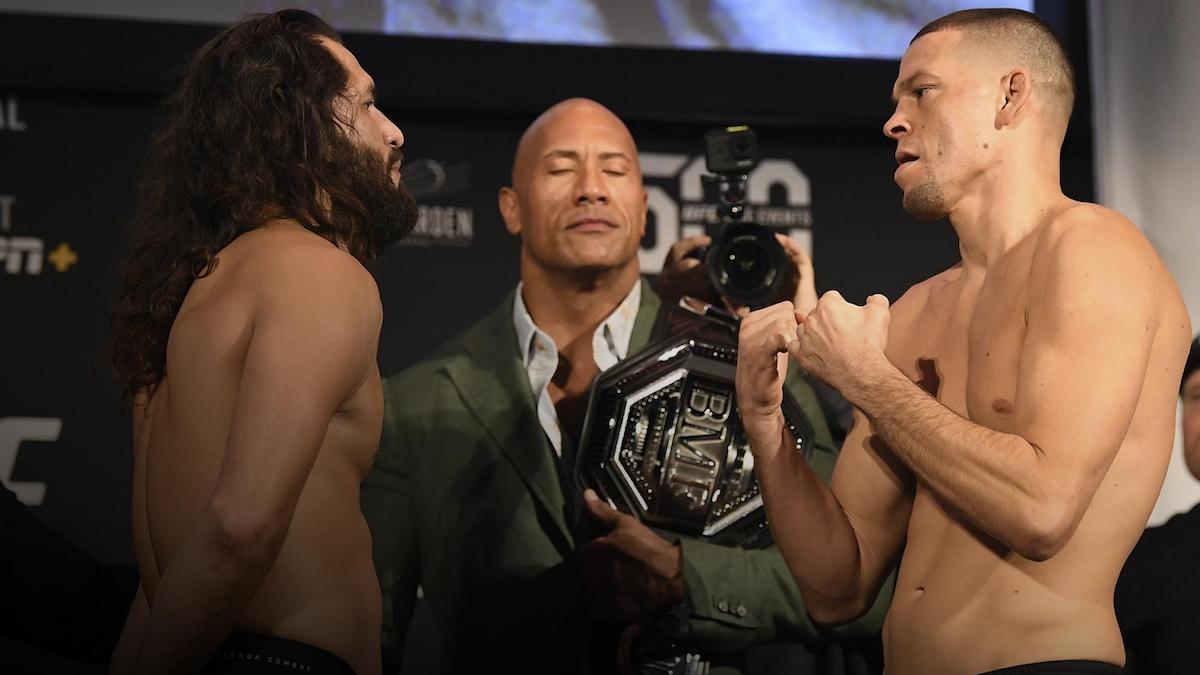 The Rock announced yesterday at a UFC 244 press conference that he will be producing and starring in a biopic about former UFC and PRIDE fighter Mark Kerr, with The Rock playing the role of Kerr. No potential release or production date was announced.

Kerr was the subject of a 2003 HBO documentary called “The Smashing Machine,” which focused on his career in PRIDE and his addiction to painkillers.

The Rock will also be at UFC 244 tonight in Madison Square Garden to present the “BMF” title to the winner of the Jorge Masvidal vs. Nate Diaz fight.

The @ufc’s BMF Title will be presented to either @gamebredfighter or @natediaz209 TONIGHT at #UFC244 on PPV. It either goes back to Stockton or Dade County. Either way, it’ll belong to the BADDEST MF on the planet. Period. I have nothin’ but high respect for both these men. They will electrify the Garden TONIGHT!! #UFC244 #BMF #DiazMasvidal