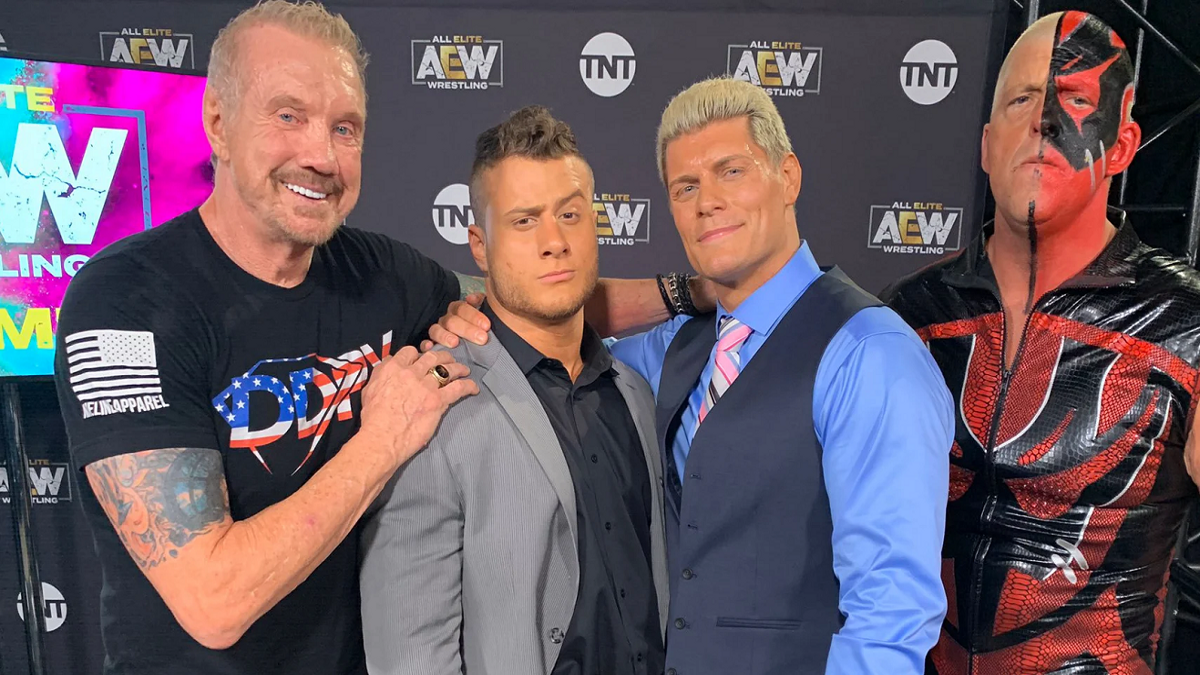 A recent episode of the WINCLY podcast had Diamond Dallas Page as the guest and some of the topics discussed included his appearance on the October 23rd episode of AEW Dynamite and if he is signed with the company.

“I wasn’t supposed to be at the AEW show. Cody called me — he was like, ‘Hey, can you do this?’ And I go, ‘Yeah, okay’. I started with Cody on this. First of all, I don’t have a contract. I’m not employed by AEW. I’m doing this for Cody, and you have to understand that it’s a thing of… I’ll give you an example: Without Dusty Rhodes, there’s no Diamond Dallas Page. I don’t have… I probably don’t — I’m positive I don’t have everything that I’ve been able to accomplish, and a lot of it had to with The Dream giving me the opportunity. Well, being as close as we were, you know, I’ve known Cody since he was 12 years old and we just hit it off immediately.”

“And I also wanted him to know as this was starting to grow, the reason I’m not gonna take a contract with AEW is because I still wanna work WWE, because my fitness and wellness plan is really important to me and I know how Tommaso [Ciampa] and [Johnny] Gargano and Lacey Evans and the people who are there I’ve done it with — Shayna [Baszler]. All the different artists that are there and I helped them by getting them in my program and helping them. So I wanted to help the boys and the girls, and of course AEW, but WWE, I’ve been doing for years. So I didn’t really want to take any kind of contract, but when I talked to Code about it, I also wanted him to know that if I was giving him any kind of advice, it wouldn’t be tainted.”

Ring of Honor announced that they have recently signed a television deal with Fight Network UK to air their weekly ROH TV series in the United Kingdom starting on November 8th.

Joey Mercury reportedly has recently left Ring of Honor, according to PWInsider. Mike Johnson reported that it was a “mutually agreed upon decision” and prior to his departure, he had been splitting duties between the company’s training dojo, creative team, and as a backstage producer.

Sami Callihan revealed in a recent episode of the WINCLY podcast that his current contract with Impact Wrestling expires in December 2020.