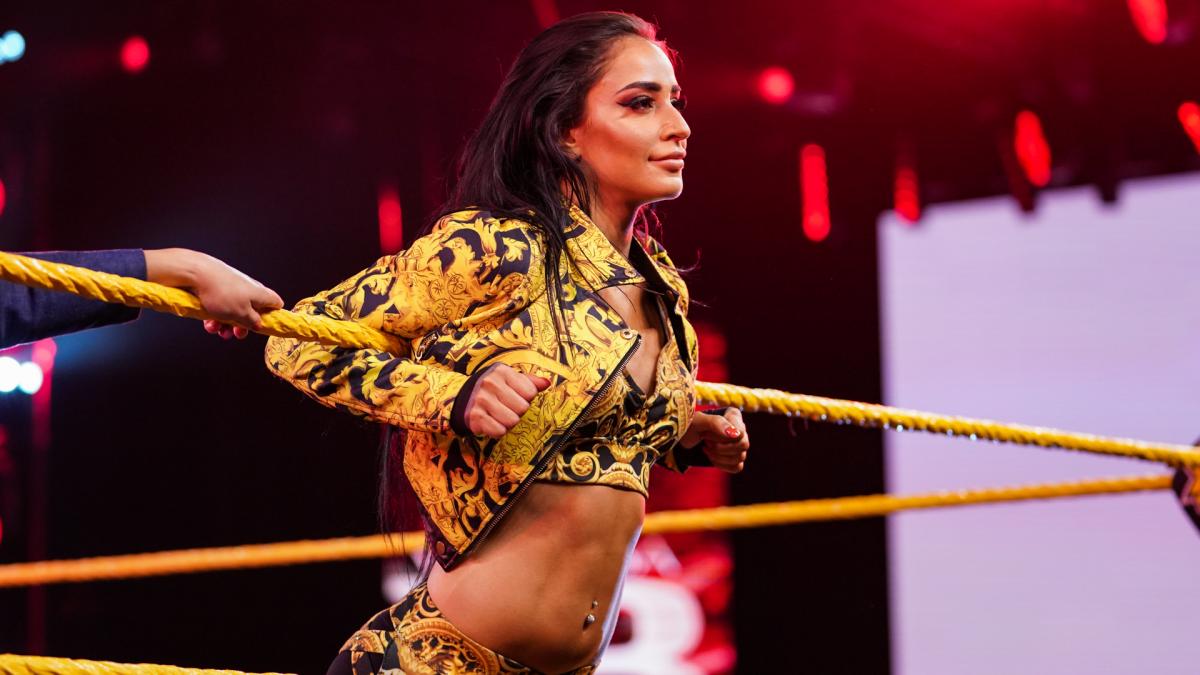 Aliyah did not really break her nose on last week’s NXT episode, despite WWE saying so.

In a match against Xia Li, Li kicked Aliyah in the face for the win. Later on Twitter, Aliyah posted a photo of her “bloody nose.”

The whole thing was just an angle, according to Dave Meltzer on Wrestling Observer Radio. Aliyah was already scheduled for a nose surgery (it’s unclear if it’s for a problem with her nose or for a nosejob) and this was WWE’s way to write her off of TV and turn it into an angle, Meltzer says.

Cain Velasquez’s next match will be on November 30 at a WWE house show in Mexico City. He’ll be teaming with Humberto Carrillo to take on Anderson & Gallows.

This will be Velasquez’s first match since losing to Brock Lesnar at Crown Jewel on October 31.

Tickets for NXT UK TakeOver: Blackpool II went on sale on Monday and sold out in two hours, WWE said.

The show will take place on January 12, 2020 at the Empress Ballroom in Blackpool, Lancashire, England.

BREAKING: Tickets for #NXTUKTakeOver: Blackpool II SOLD OUT in 2 HOURS!