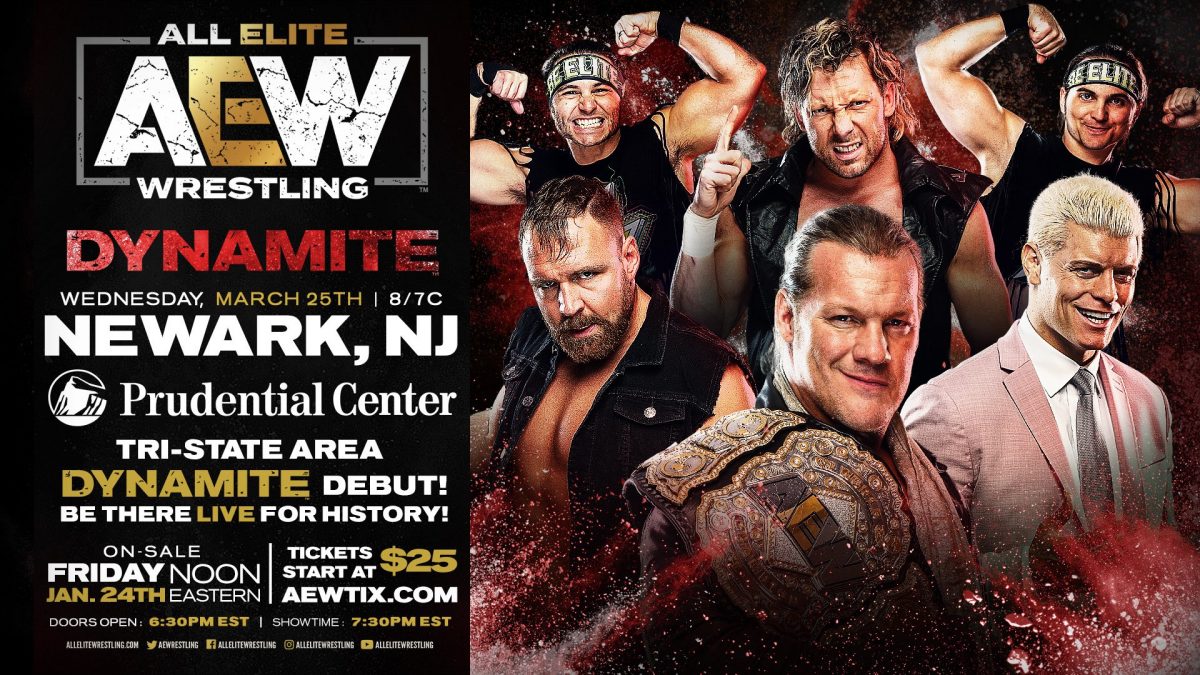 Cody promised some news on Christmas and AEW announced today that they’ll be making their NY metropolitan area debut on March 25 with a Dynamite episode in Newark, NJ at the Prudential Center.

New Match Announced for Next Week

A new match was announced for next week’s New Year’s Day episode of Dynamite, which is being billed as a “Homecoming Edition.”

Kenny Omega & The Young Bucks vs. Pac & The Lucha Bros

Jacksonville, FL!
Wednesday, Jan 1st
Are you ready for this 6-Man Tag-Team Match?
It's #TheElite vs. #TheLuchaBrothers & @BASTARDPAC

Great seats are still available for purchase at https://t.co/5WsWwyDkwZ pic.twitter.com/XC5npoNQCK

Here’s the currently announced card for next week’s show:

– Kenny Omega & The Young Bucks vs. Pac & The Lucha Bros

– MJF will reveal his stipulations for a future match against Cody