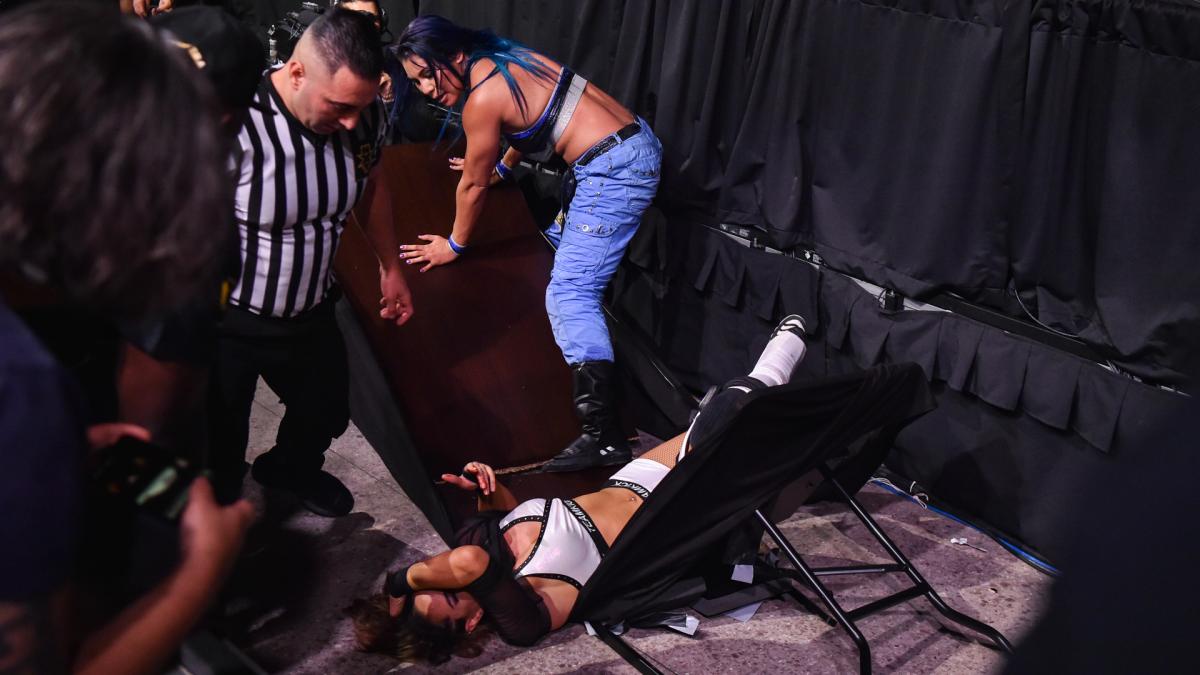 Dakota Kai needed eight staples for a laceration after hitting her head during a table spot last night on NXT.

Kai defeated Mia Yim on the show, but Yim attacked her after the match and eventually brought her to the stage area, where Yim back dropped Kai off of an elevated platform onto two tables below. They only connected with one of the tables though, and Kai’s head smashed on the edge of the second table.

The Dakota Kai injury in slomo. She hits her head on the second table on the way down. 🙏 #WWENXT pic.twitter.com/a59Q5S7MIU

WWE said that Kai “suffered a laceration” and received staples.

Kai said that she needed eight staples in her head, but apparently won’t miss any time and will be back on the road tonight.