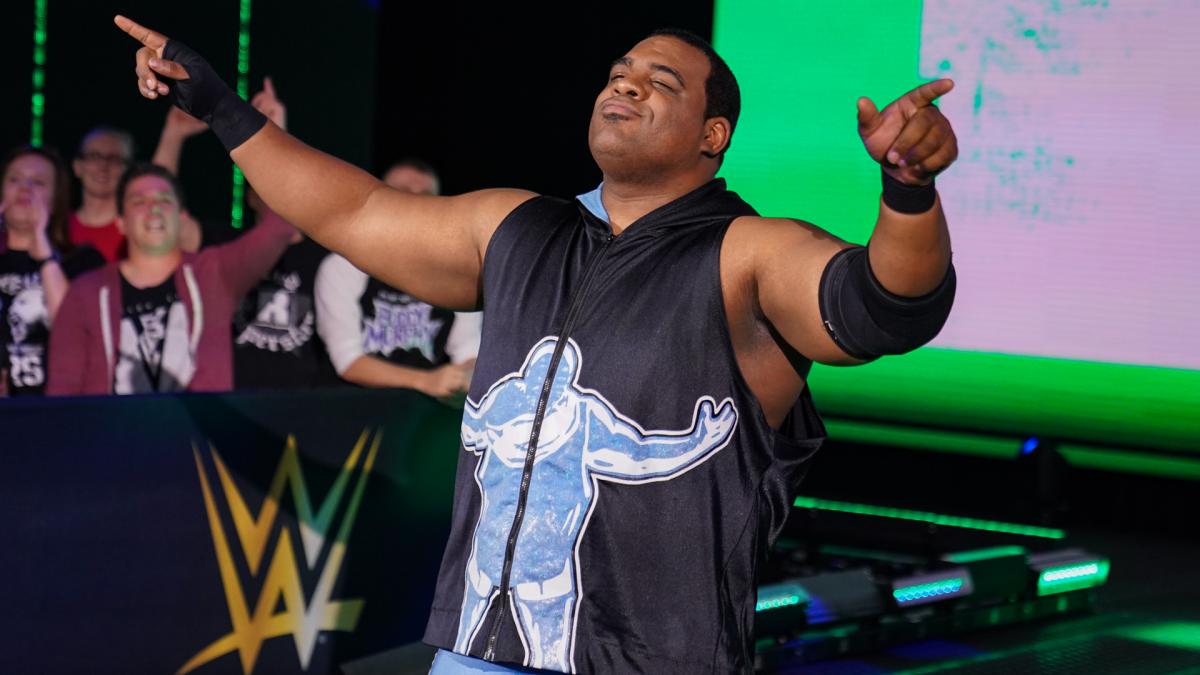 The New York Post held a recent interview with Keith Lee and some of the topics discussed included the origins of his catchphrases, his involvement in Survivor Series, becoming famous online for his Adam Cole moment on NXT, and his childhood fandom of wrestling.

“Those are things I actually created for myself. “Bask in his glory” came about in my last WWE tryout (in 2013), kind of the final failure that nearly had me stop wrestling because it was my third tryout (2008, 2011) and I just didn’t think … at the end of the day, maybe I didn’t make the right choice.

But I had a few conversations that kind of kept the fire lit for me. One of them was with Dusty Rhodes, and how a lot had changed with me in terms of my presence and my personality and how I exude the energy I have. He told me that I have a presence that he can literally bask in. He said take it and do with it what you will.

“Limitless” kind of came about by accident. I realized that what I’m able to do in the ring literally has no limits, and so that’s something that was created as something to go along with it. It just kind of felt like it fit and it feels like WWE has accepted it.”

On the topic of his involvement in WWE’s Survivor Series event this past November, Lee stated he felt very surprised when he learned he was going to be one of the last two people remaining in the Men’s Survivor Series match. He also stated that the ending of the match was his favorite memory of the event.

“(Laughs) You want the honest answer? I stopped for a moment. And I looked around like, ‘Are they sure that they’re talking to me?’ And then there was a brief moment of about seven seconds where I didn’t do anything and gradually, randomly, casually say, “Oh crap,” because I have no idea, none. Limited time fame and figuring it all out is a big challenge in its own right.

That whole experience was one thing, but the moment it came down to me, Seth [Rollins] and Roman, I think from there right up until that fist bump is all things that I’ll remember because it was the first time mixing it up with people considered to be the two faces of WWE. The honor was immense and full of excitement and energy and passion. It was fantastic.”

On the topic of becoming very famous online for his Adam Cole moment on NXT, Lee stated he did not practice or plan out that moment ahead of time with Cole and it was just something done in the moment. He also said he was concerned for Cole’s safety due to how he flew into the crowd.

“A hundred percent that last thing that you said. He’s not the guy who should have been involved with that, to be honest. That entire match was … (laugh). There was no opportunity to talk because a person in the match that was supposed to be in the match got injured in Bobby Fish. It shuffled everyone around and then everything was done on the fly.

Yeah, because the first time I saw it, I didn’t even believe it could be real. Like, I did not think that I hit him that hard. It was like a movie scene with wire work and they just yanked him out of the screen or something. He left the frame, man. When I hit him, he almost went over everyone, and that could have been really, really bad. Obviously I want to beat up Adam Cole, but I don’t want to just end him (laugh).”

On the topic of his childhood wrestling fandom, Lee stated it was his grandmother who helped get him interested in wresting. He also stated that he liked pretending to be “Macho Man” Randy Savage and others whenever he played wrestling with his cousins.

“So, there was this enormous body pillow in my grandmother’s den. And I think this was what kind of facilitated a fire in me at a young age. I started watching it and my cousins would all throw each other on this big pillow. It was our fun place back at a time when it was actually possible to pick me up and slam me. I think that kind of set me up.

Sometime it was “Macho Man” Randy Savage. He was the one I probably did the most until later years, and then the early 2000s really brought along Brock Lesnar and Kurt Angle for me.”