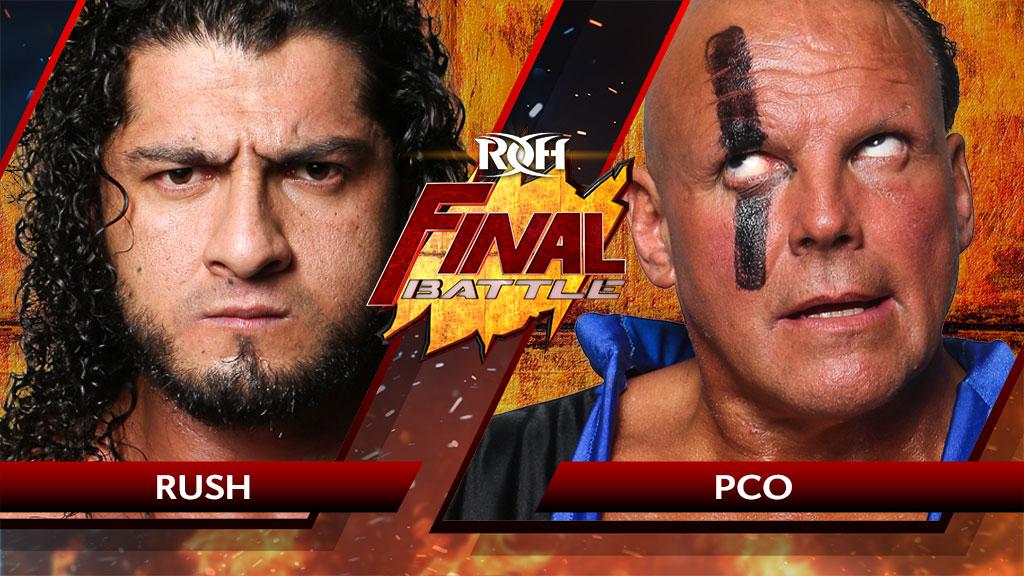 PCO won the Ring of Honor World Championship at tonight’s ROH Final Battle PPV at the 2300 (ECW) Arena in Philadelphia.

The 51-year-old PCO defeated Rush to win the title, hitting him with a PCO-sault (top rope moonsault) through a table for the win.