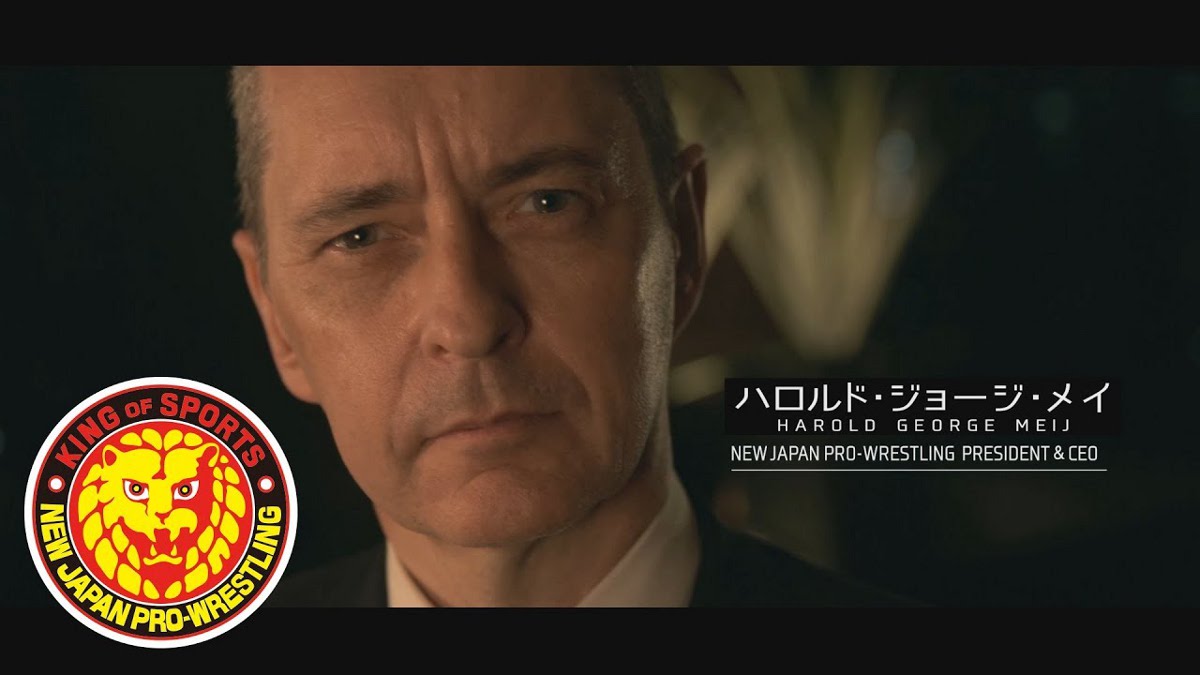 FOX Sports Australia held a recent interview with New Japan Pro Wrestling President Harold Meij and some of the topics discussed included his thoughts on the company’s current partnership with Ring of Honor and the potential for a future partnership with All Elite Wrestling.

Meij stated that he believes that NJPW America will help NJPW’s partnership with ROH.

““I actually think it complements a lot of the relationships that we have, especially with ROH for example. As we do these shows and more fans fall in love with our product, as we do more joint matches with ROH – whether ROH comes to us or we go to them – the value of the total package increases. They would see that our wrestlers are very good and so are the ROH ones.”

On the topic of a potential future partnership with AEW, Meij stated that the company is open to working with anyone but feels that AEW needs more time to establish themselves as a company before NJPW considers any potential partnership plans.

“We’re very open to working with anyone, we don’t exclude anyone. But it does take time to create that trust between companies. And right now AEW is still in the exploratory phase; they’re trying to establish themselves as a brand, what is that brand? They’re about one year in, and we’re starting to see what their brand is all about. Then we’ll have to see if that brand fits our brand of course. At this stage, they still have different styles than we do, and that’s the only thing. We’re looking at what their brand positioning is and whether it complements ours.”

WWE is currently considering the idea for future NXT and NXT UK TakeOver events to be held on Sundays instead of on Saturdays, Dave Meltzer reported in this week’s Wrestling Observer Newsletter.

NXT UK TakeOver: Blackpool II on January 12, 2020 and NXT TakeOver: Portland on February 16, 2020 both take place on a Sunday and that’s due to WWE experimenting with the idea of having brands holding their major events on Sundays, with Saturdays reserved for WWE Network specials instead.

Meltzer also reported that WWE is currently considering the idea of holding more Network specials on the day prior to a major pay-per-view event.

Kris Statlander is currently rumored to be signing an official contract with AEW soon, according to the Wrestling Observer Newsletter. Dave Meltzer reported that Statlander had been close to a deal with WWE but the company did not send her a contract and had assumed a potential deal would have been done prior to this January.

NJPW reportedly will not be holding a joint ROH-NJPW Honor Rising tour next year based on the company’s current events schedule for early 2020, according to the Wrestling Observer Newsletter. Dave Meltzer reported that NJPW will be holding different events on select dates in February that typically were reserved for Honor Rising tours in the past.

Major League Wrestling announced that Konnan will be making his return to the company at their Opera Cup 2019 event on December 5th in in Queens, New York.