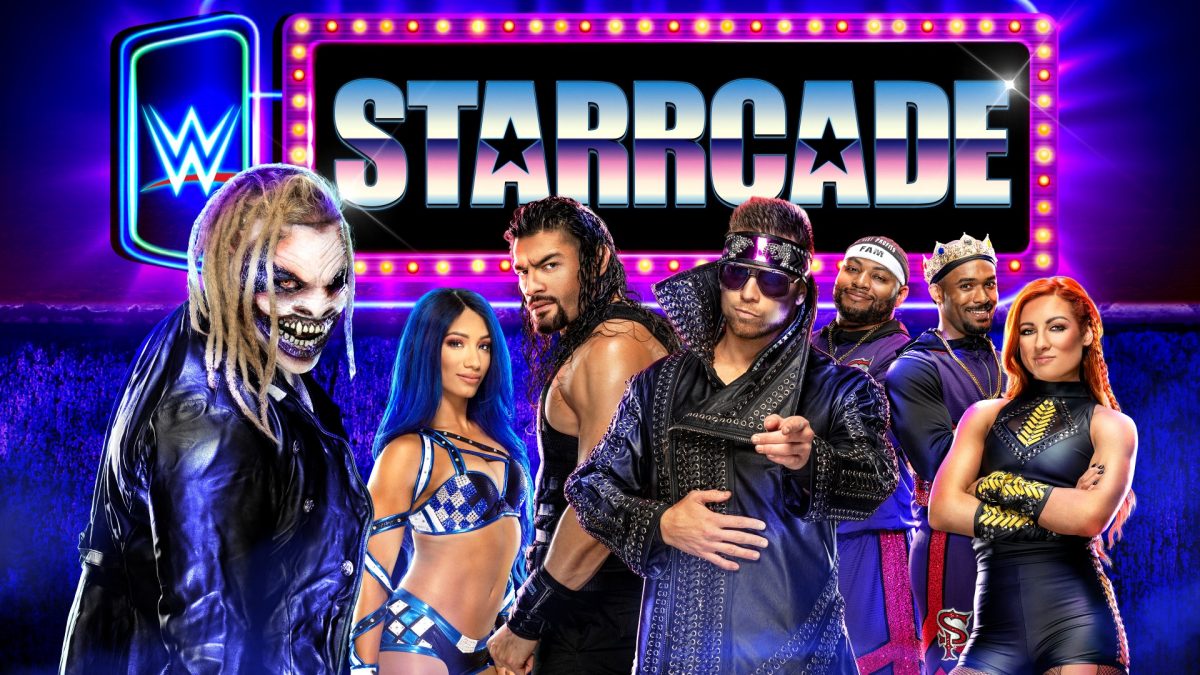 #WWEStarrcade is off to an EXCITING start as @FightOwensFight & @RicFlairNatrBoy show appreciation for each other with a big WOOOOOOOOO! pic.twitter.com/QYzIFZp0yF

Kevin Owens came out and introduced Ric Flair, who cut a promo about how important Starrcade is. Flair and Owens were about to “woooo” together, but Gallows and Anderson interrupted. They said that instead of talking about the past, why not just run OC highlights for the rest of the show? The Street Profits came out and said that they’ll handle The OC for Owens and Flair. Owens said that that’s a good idea, and he’ll get his popcorn.

Gallows & Anderson vs. The Street Profits

A few minutes in, Gallows and Anderson tried the Magic Killer on Dawkins, but Ford broke it up. Gallows was tossed out by Ford, then hit with a splash over the top rope. Spinebuster by Dawkins on Karl Anderson, Ford went to the top and hit a frog splash for the win. They celebrated with Flair after the match.

In the end, all of the women came in to the ring and took turns taking each other out. Asuka hit Becky with a German suplex, then Kairi Sane hit an Insane Elbow off the top. Charlotte ran in and hit the Kabuki Warriors with a double spear. Nikki Cross ran in and Charlotte charged at her, but hit the ring post. Asuka locked on the Asuka Lock on Nikki and she tapped. 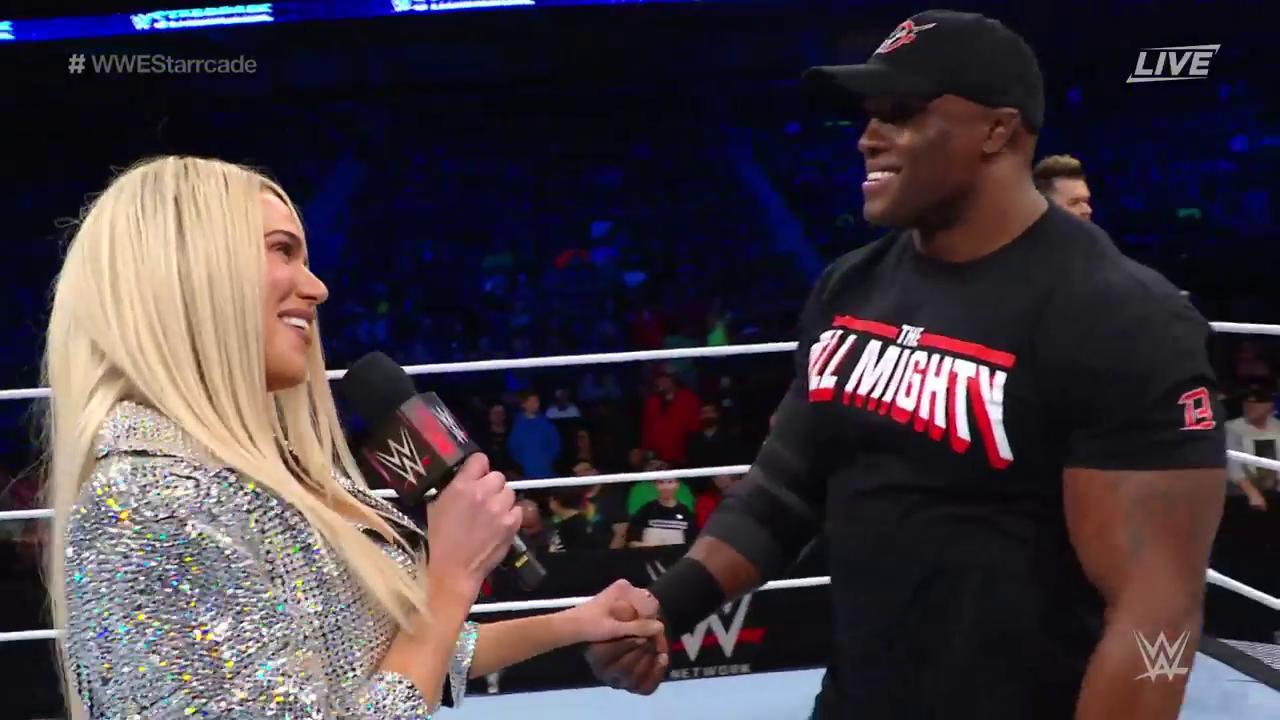 Lashley came out with Lana. Lana got on the mic and said that she felt thankful for her hot boyfriend Bobby Lashley. The crowd started chanting “Rusev Day” and Lana and Lashley screamed at them to shut up. Lana said that there will be no last man standing match tonight, because she filed a restraining order against that monster Rusev, and they will gladly take the forfeit.

The bell rang and the ring announcer announced Lashley as the winner.

Kevin Owens’ music hit and he said that this show isn’t ending like this, and nobody cares about their stupid relationship. Lana told Lashley to ignore him. Owens said just like Lana has been ignoring “that stupid Russian accent that she had for five years.” Or like everyone’s been ignoring their career since they got together. Lashley said that if he wants the ass whooping that he was going to give Rusev, step into the ring. And Owens did…

After a few minutes, Owens hit Lashley with a stunner and went for the pin, but Lana ran into the ring to distract the ref. Owens got up, but Lashley came up from behind and hit him with a spinebuster.

Lana handed a steel chair to Lashley, but Rusev suddenly ran in from the crowd and attacked Lashley, to a big pop and “Rusev Day” chant.

Rusev attacked Lashley around the ring, then tossed him into the crowd and attacked him there for a while. Rusev was very over with the crowd. Back to ringside, Lashley gained control and attacked Rusev with a kendo stick until Rusev grabbed it from him and nailed Lashley with it repeatedly. Rusev then hit Lashley with a chair, then tossed the chair at him and hit him with Machka Kick, knocking him out of the ring. Rusev stood victorious in the ring as the crowd chanted “Rusev Day” and his theme hit. Lana helped Lashley backstage and screamed at Rusev, who ran back through the crowd as the show ended. Not a bad little show.