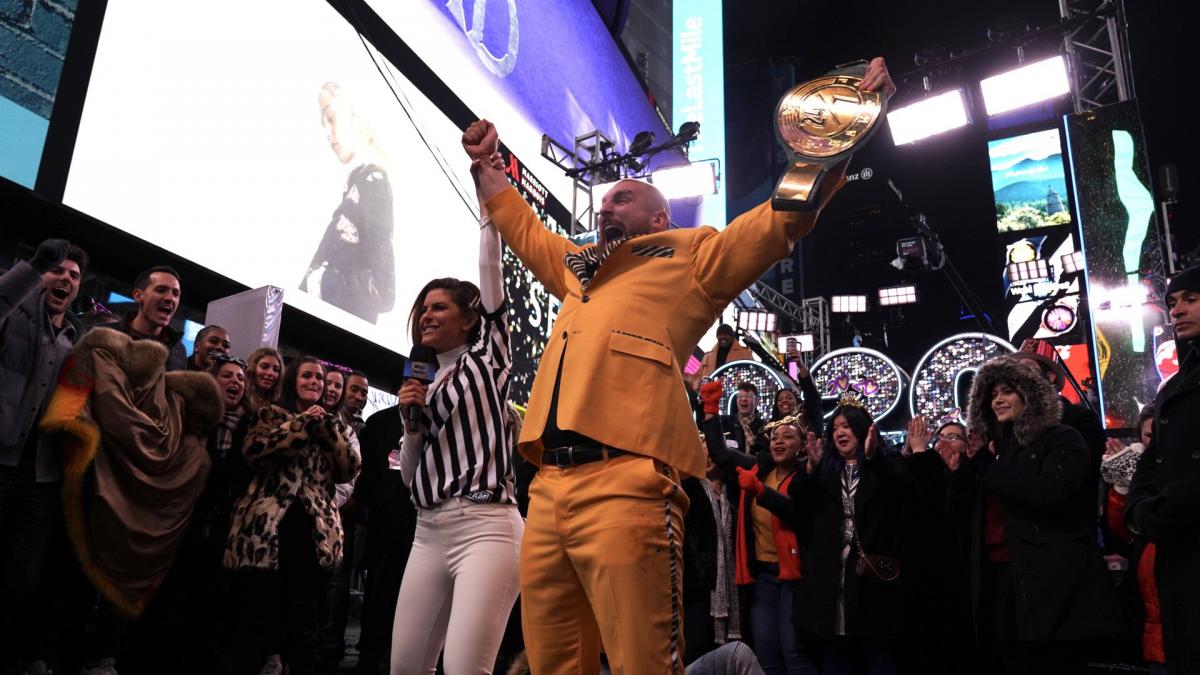 R-Truth was being interviewed by Maria Menounos when Mojo Rawley joined in, Menounos revealed that she was wearing a referee shirt, and Mojo rolled up Truth to win the title.

Mojo then tried to run off and ran into Elias. He insulted his musical performance from earlier in the night, so Elias nailed him with his guitar, allowing Truth to pin him and recapture the title, making him a 30 time 24/7 Champion.

During the FOX special, a match between Roman Reigns and Dolph Ziggler that was taped after SmackDown last Friday in Detroit also aired, with Reigns winning via the spear.

Me and my homegirl @mariamenounos celebrating my 24/7 Championship Victory in #TimesSquare on #FOX! Maria and I are working on a new partnership so stay tuned!! 🤫 @WWEonFOX #NYE2020 #NYEonFOX #STAYHYPED pic.twitter.com/3meBHQfvnK

Best NYE of all time. Thank you to @WWE @WWEonFOX and my new celebrity crush / breakdance partner @mariamenounos. pic.twitter.com/kpeN4d86tD