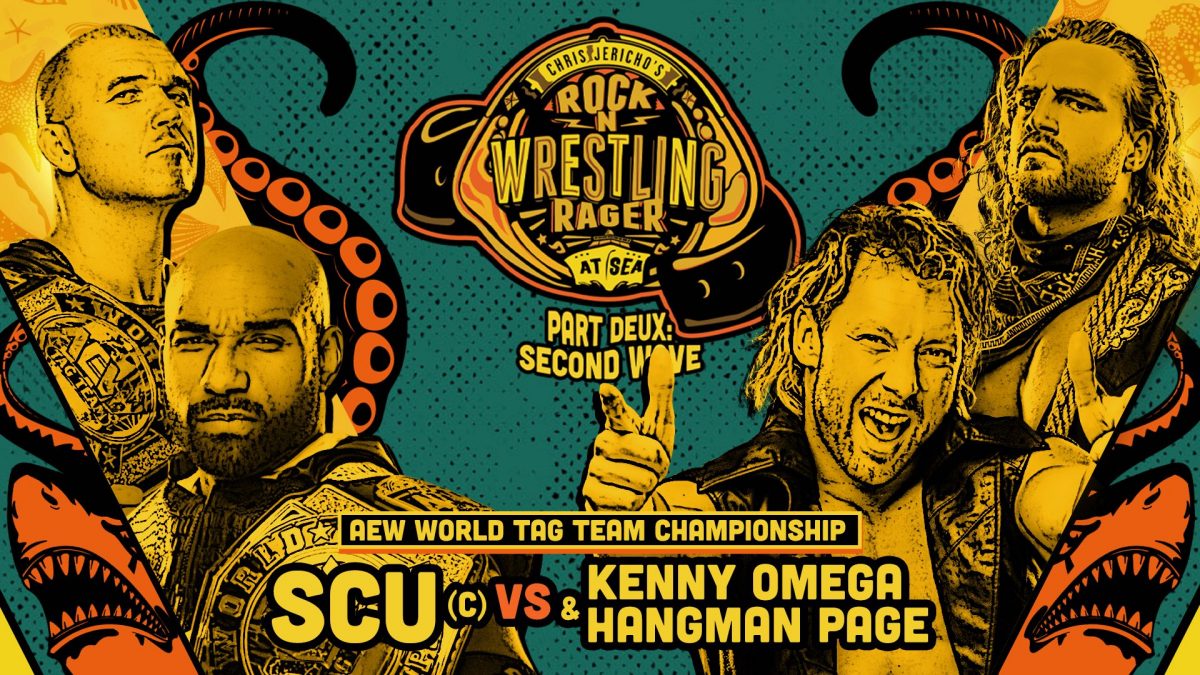 The show was taped on Tuesday night on the Chris Jericho cruise ship, while it was docked in Nassau, Bahamas. It was very windy.

AEW World Tag Team Championship: Kenny Omega & Hangman Page defeated SCU (Kazarian & Sky) to win the titles. At one point in the match, Page tried the Buckshot Lariat and accidentally hit Omega again. The finish had Omega thrown out of the ring by SCU, then Hangman hit Sky with a Buckshot Lariat on the outside, then he hit Kazarian with a Buckshot Lariat, knocking him into the ring and for the pinfall. After the match, The Young Bucks came out to celebrate with Omega and Page. Page told them to go hug Kenny and he bailed and went into the crowd to drink some beer with the fans. The Bucks and Omega tried to get him to come back into the ring, but he didn’t want to. The match was about 23 minutes and got “this is awesome” chants from the crowd.

Britt Baker defeated Priscilla Kelly via The Lockjaw. During the match, Baker used a heel tactic, pulling Kelly down by her hair. Tony Schiavone came into the ring to interview her after the match and asked her about her “questionable” tactics. Baker said that we all know that AEW is Schiavone’s meal ticket because before this, he was working at Starbucks as a “shitty barista.” That got a lot of heel heat. Baker said that she was a role model in AEW and the hottest girl on this boat and these fans hate her because she’s smart and beautiful, getting more heat.

Chris Jericho, Santana & Ortiz defeated Jurassic Express (Luchasaurus, Jungle Boy & Marko Stunt) – Hager got involved in the match and he and Luchasaurus brawled to the back. Marko Stunt got a few near falls on Jericho, but Jericho nailed him with the Judas Effect for the win.

MJF defeated Joey Janela – Kip Sabian and Penelope Ford came out on stage and started making out, distracting Janela and allowing MJF to hit him with the Cross Rhodes for the win.

In-Ring: MJF, Cody – After the match, MJF cut a promo on Cody, saying that he’s going to be the last chapter in his book. Cody came out and MJF mocked that Cody isn’t allowed to touch him. Cody said that MJF is right, he can’t touch him, but they can… MJF turned around and was hit by a double super kick by The Young Bucks, who then tossed him into a pool.

#1 Contender Match: Jon Moxley defeated Pac via the Paradigm Shift to become the #1 contender for Jericho’s AEW World Championship. Moxley’s eye was taped up, selling the angle from last week when Jericho hit him in the eye with a spike. Pac pulled the bandage off towards the end. Jericho was on commentary during the match and came out on the stage afterwards and held up the belt as Moxley stared at him from the ring.

After the Show: Cody came out and said that AEW Dynamite will be on the Jericho cruise again next year, and they will be live… 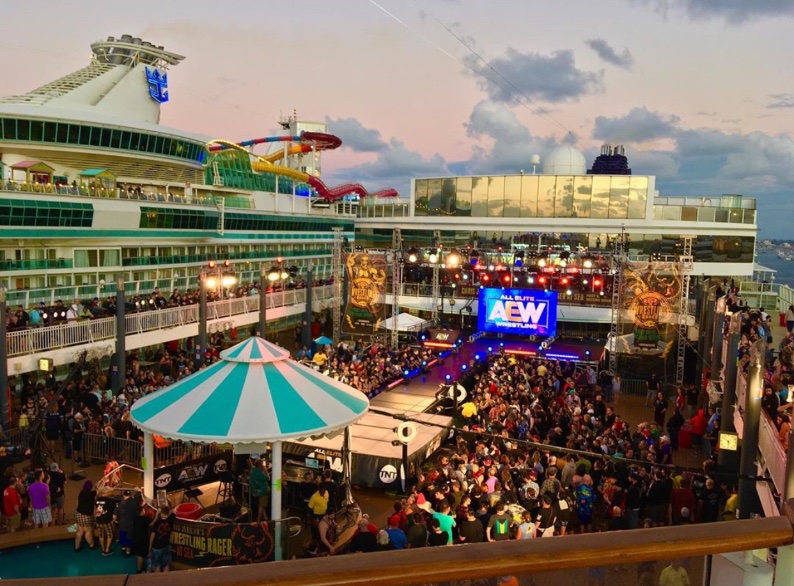