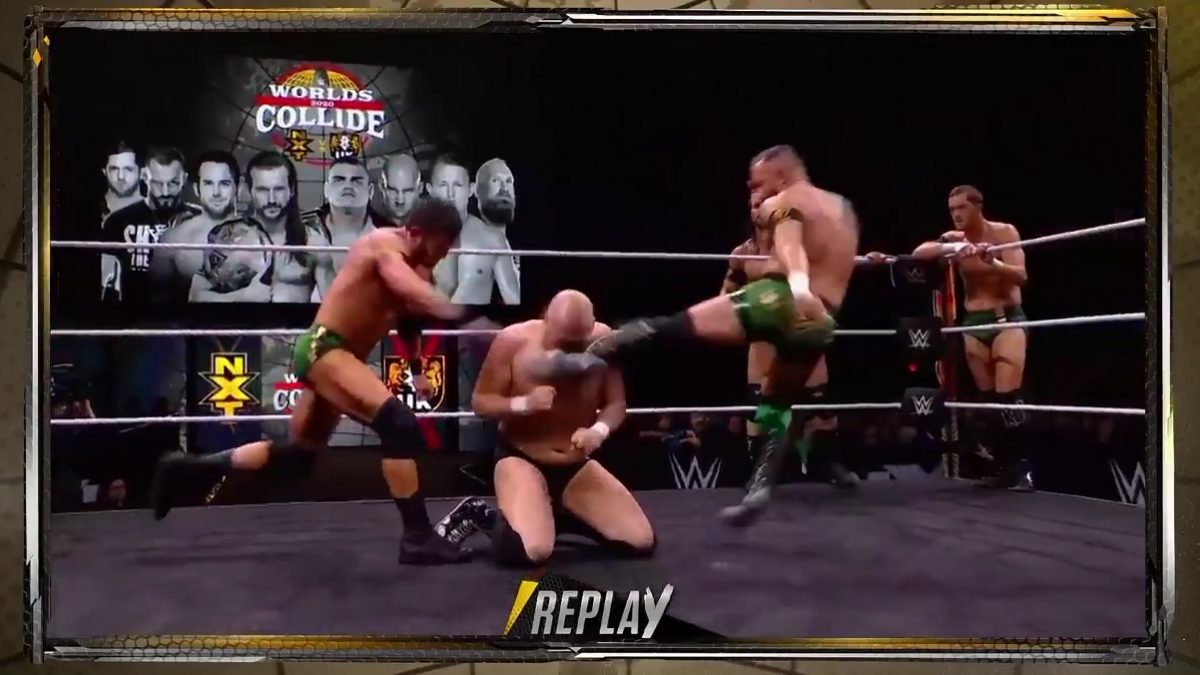 Alexander Wolfe took a kick to the jaw by Bobby Fish and had to be removed from the eight-man-tag main event during tonight’s WWE Worlds Collide PPV.

In a post-show interview on Facebook, Triple H said that Wolfe was “knocked out” with a kick to the chin, but gave no update on his status.

About three minutes into the Undisputed Era vs. Imperium main event, Wolfe took the kick to the chin while on his knees and was knocked backwards. Fish went for a pin, which the referee had to stop because Wolfe didn’t kick out. The ref then put up the “X” symbol with his arms and medical staff came to check on Wolfe, who appeared woozy outside of the ring.

Wolfe left the match and never returned and it continued for about another 25 minutes, with Imperium coming out on top of the essentially 3 on 4 match.

Alexander Wolfe was injured and did not return to the match. 🙏🙏🙏#WorldsCollide pic.twitter.com/VrV3LXw54C

I'm fine. 👍
I wish I could have finished the match but safety first.
Thanks to @WWEDrakeWuertz & @wwe medical for taking care of me. You guys did an unbelievable great job today as always.

Most importantly it was my own fault. #ChinUp #WorldsCollide #NXT #NXTUK #IMPERIUM