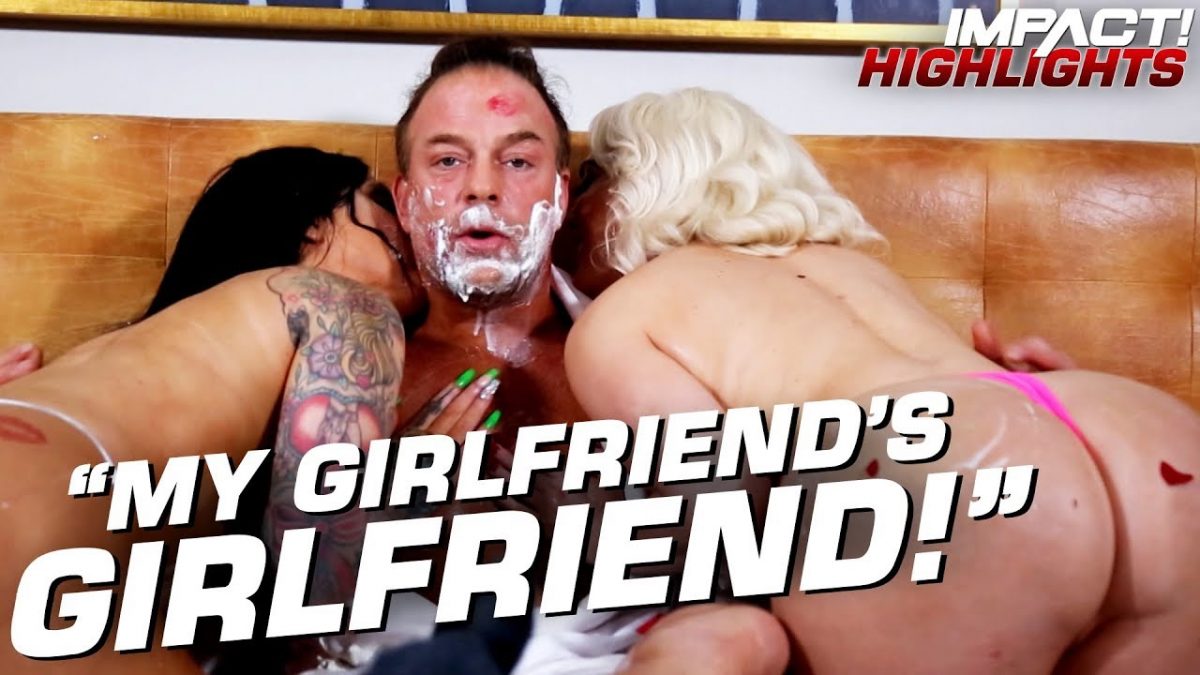 Impact’s Twitch channel has been suspended for “explicit content.”

The content in question is probably a segment that aired on Impact’s episode on Tuesday with Rob Van Dam, his girlfriend Katie Forbes, and his girlfriend’s girlfriend in bed together.

Impact is working on getting the suspension lifted, according to PWInsider. Impact’s weekly show is/was simulcast on Twitch every Tuesday at 8 PM ET.