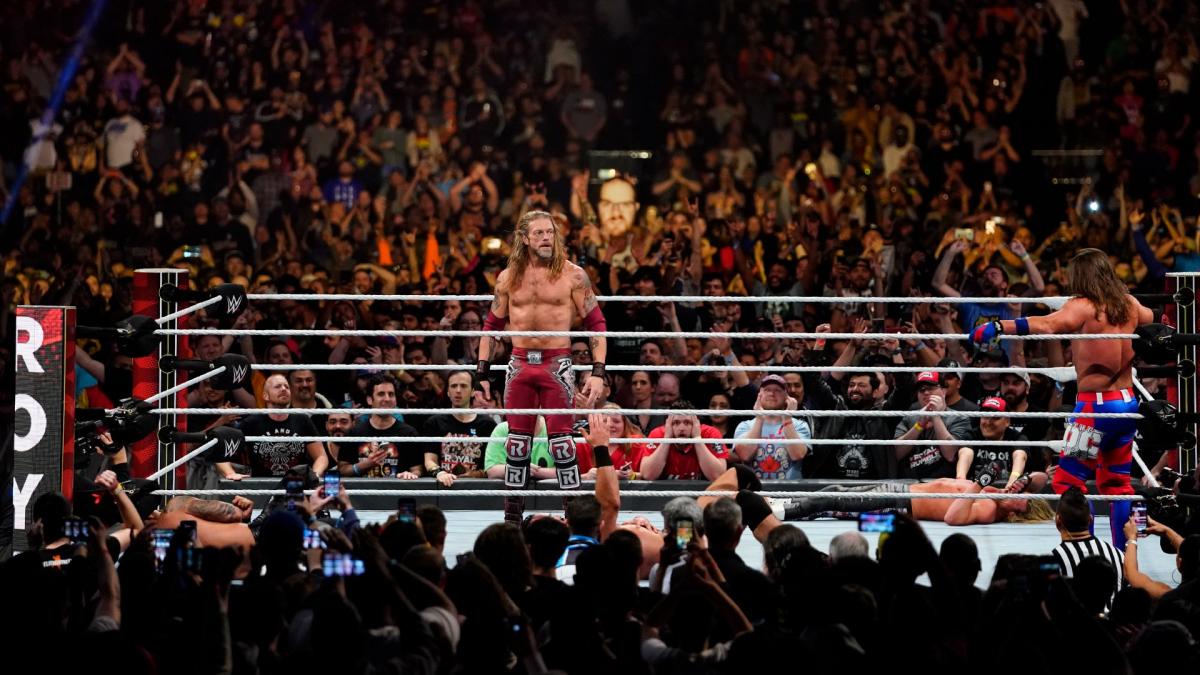 WWE’s TV directors completely missed Edge’s first spear on Dolph Ziggler at the Royal Rumble last night because they decided to cut away to prolonged shots of the crowd just as Edge was running towards the ring.

who cuts away from an official in-ring return, while two opponents are running towards each other?

people make mistakes, we all do & I have made tons. That being said; a very special moment was inexplicably missed. anyone got cell phone footage?

MVP made his return to a WWE ring for the first time since his departure in 2010 last night in the Royal Rumble match. He entered at #12 and lasted just a few seconds before being F5’d and tossed out by Brock Lesnar.

MVP is back “for a couple of nights” and is not back long-term, according to Dave Meltzer on Wrestling Observer Radio, so we may see him on another show or two.

Beth Phoenix was busted open pretty badly on the back of her head during the Royal Rumble match, leaving her hair covered in blood as she continued to wrestle for several minutes.

The injury happened as she sat on the top turnbuckle, with her head leaned back close to the ring post. Bianca Belair hit her with a shot and Phoenix’s head smacked into the post.

This is how Beth Phoenix cut her head open

She smashed it on the ring post, you can hear it smack #RoyalRumble pic.twitter.com/bgYCtJ5dOT