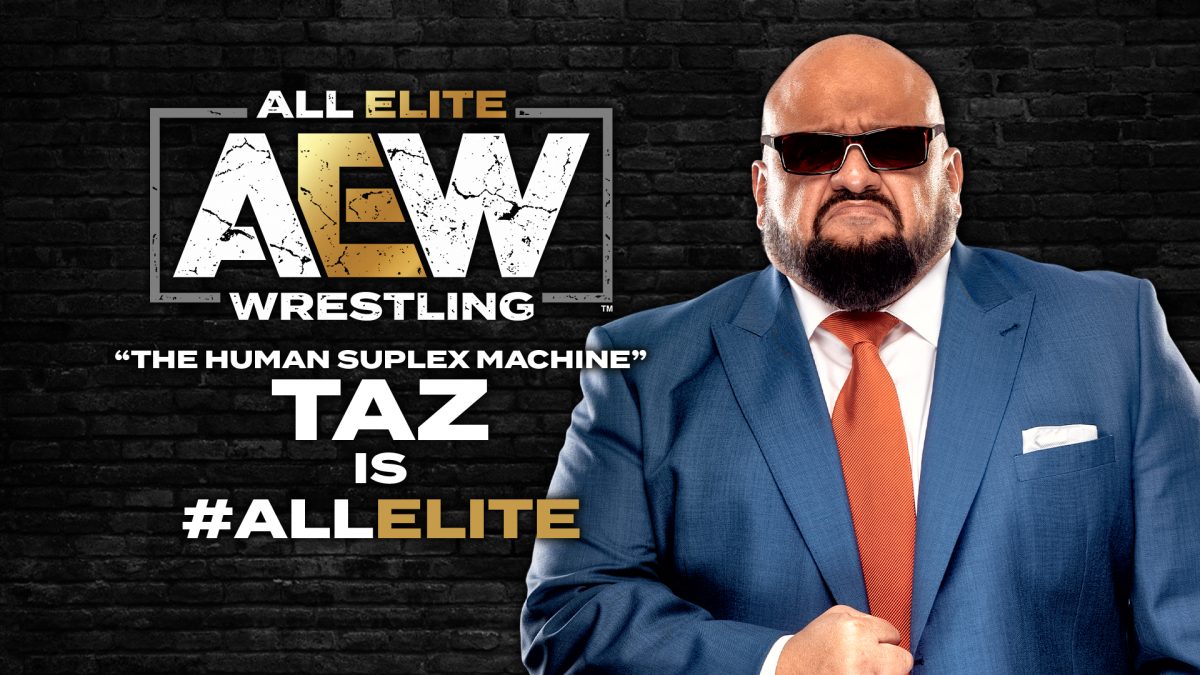 AEW announced that Taz has signed a multi-year deal with the company and posted a video of him signing the contract backstage at AEW Dynamite last night.

Yesterday #AEWDynamite was extended to 2023 by @tntdrama and Today we are happy to announce that @OfficialTAZ has signed a multiple year agreement with #AEW pic.twitter.com/dX99wxdfvR

Taz did commentary for AEW Dark last night in Miami. He also did commentary on an episode of AEW Dark in October, on the Full Gear pre-show in November, and filled in for Tony Schiavone on Dynamite on January 1.

Prior to the announcement, Taz said that his Taz Show podcast will be “on hold for quite some time.”

Couple of announcements regarding my career today. 1st, I can tell u guys, “Taz Show” pod will be on a “hold” for quite some time. I know many if u don’t like that news, I apologize for inconvenience & THANK U for all the support. My other career news will be announce shortly 😎