Will Tanahashi Face Chris Jericho for the AEW Championship? 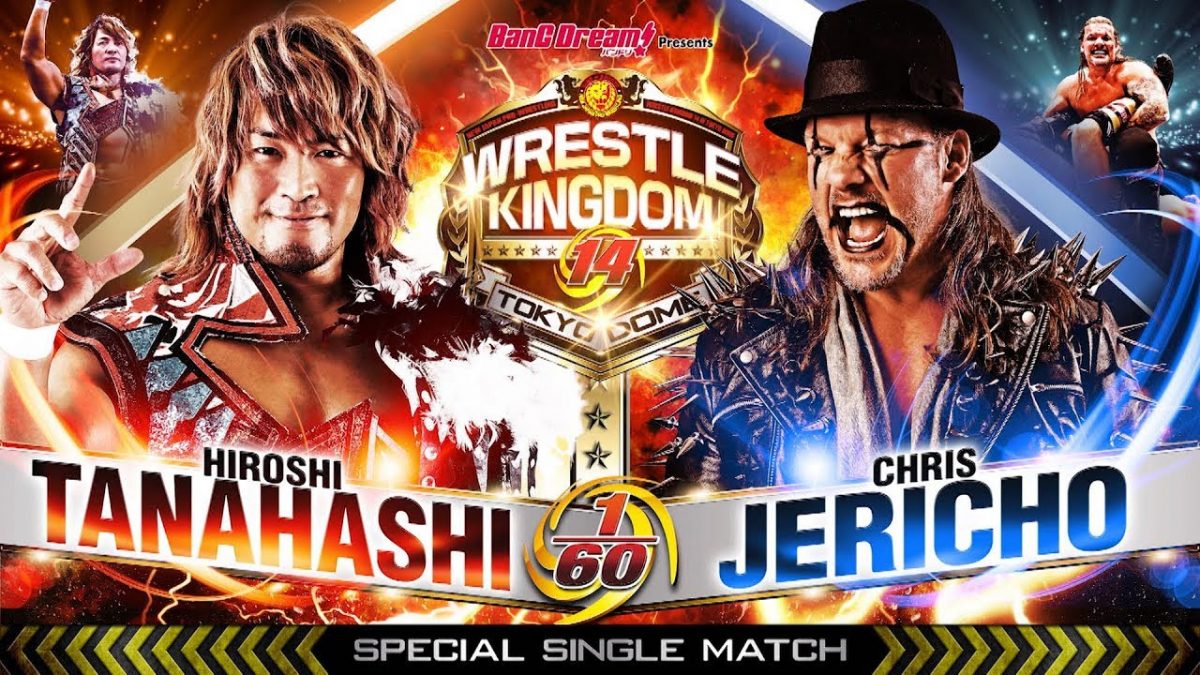 The “forbidden door” will remain closed for now, as Chris Jericho defeated Hiroshi Tanahashi via the Liontamer today at NJPW Wrestle Kingdom 14 in Tokyo, Japan.

That means that Tanahashi will not get another match against Jericho for the AEW Championship, as was the stipulation if Tanahashi won today’s match.

According to Dave Meltzer, the stipulation was an agreement between AEW and NJPW for just this match and is not part of a larger partnership between the companies, at least for now.

During tonight’s match, Chris Jericho came out wearing the AEW Championship and the title was acknowledged several times on commentary. Prior to this Jericho/Tanahashi angle, NJPW had explicitly avoided mentions of AEW.

CHRIS JERICHO BROUGHT THE AEW WORLD CHAMPIONSHIP WITH HIM! THE AEW CHAMPIONSHIP IS ON NEW JAPAN PRO-WRESTLING! #NJWK14 pic.twitter.com/G89Rt9dkuy

In a post-match press conference, Jericho said that he wants AEW and NJPW to “put aside all of the hurt feelings and egos” and work together.

"The forbidden door is closed, but I don't think it needs to be closed." "Put aside all of the hurt feelings and egos." Chris Jericho wants AEW and NJPW to work together. #NJWK14 #WrestleKingdom14 pic.twitter.com/3ovoCMqfad