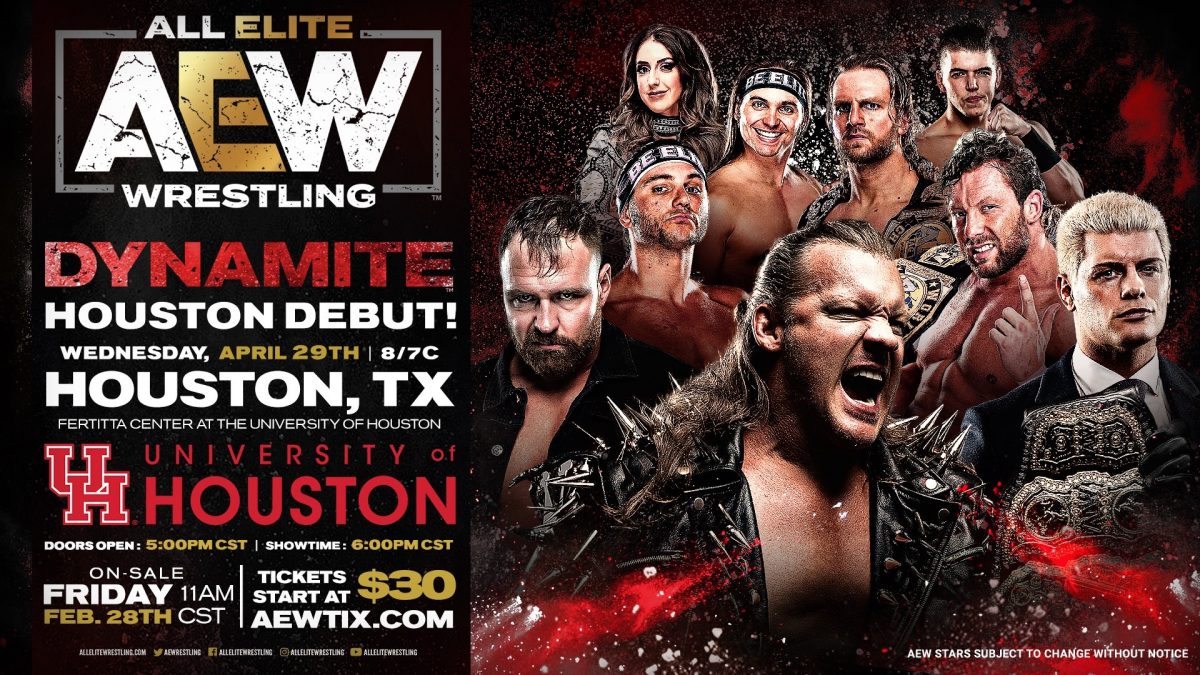 AEW announced that they’ll be coming to Houston, TX for Dynamite on April 29. They’ll be at the The Fertitta Center, which seats about 5-7,000.

HOUSTON, TX – Are you ready for #AEW?

Wednesday, April 29th -The Fertitta Center will host #AEWDynamite at the @UHouston.