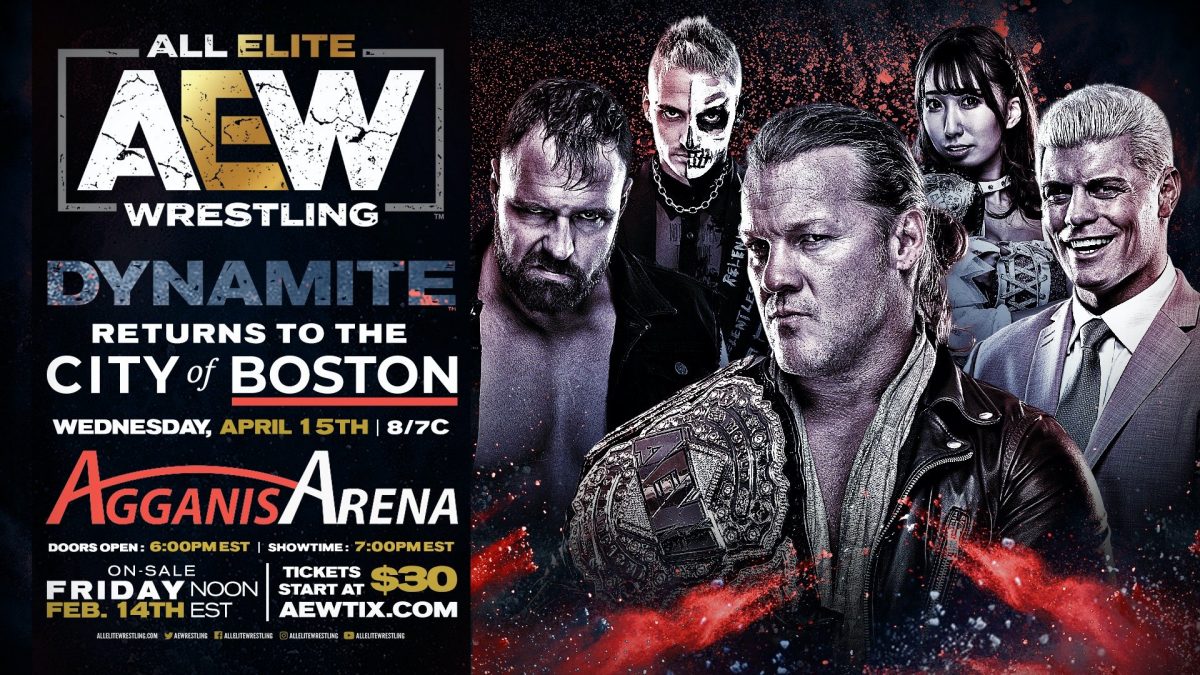 AEW announced that it’s returning to Boston and Philadelphia in April at the same venues it was at for its second and third-ever Dynamite episodes back in October.

Dynamite will return to the Agganis Arena in Boston, MA on April 15 and the Liacouras Center in Philadelphia, PA on April 22.

The Agganis Arena seats about 6-7,000 while the Liacouras Center has a listed capacity of over 10,000.