Brandi Rhodes Says That She’s Done With the Nightmare Collective 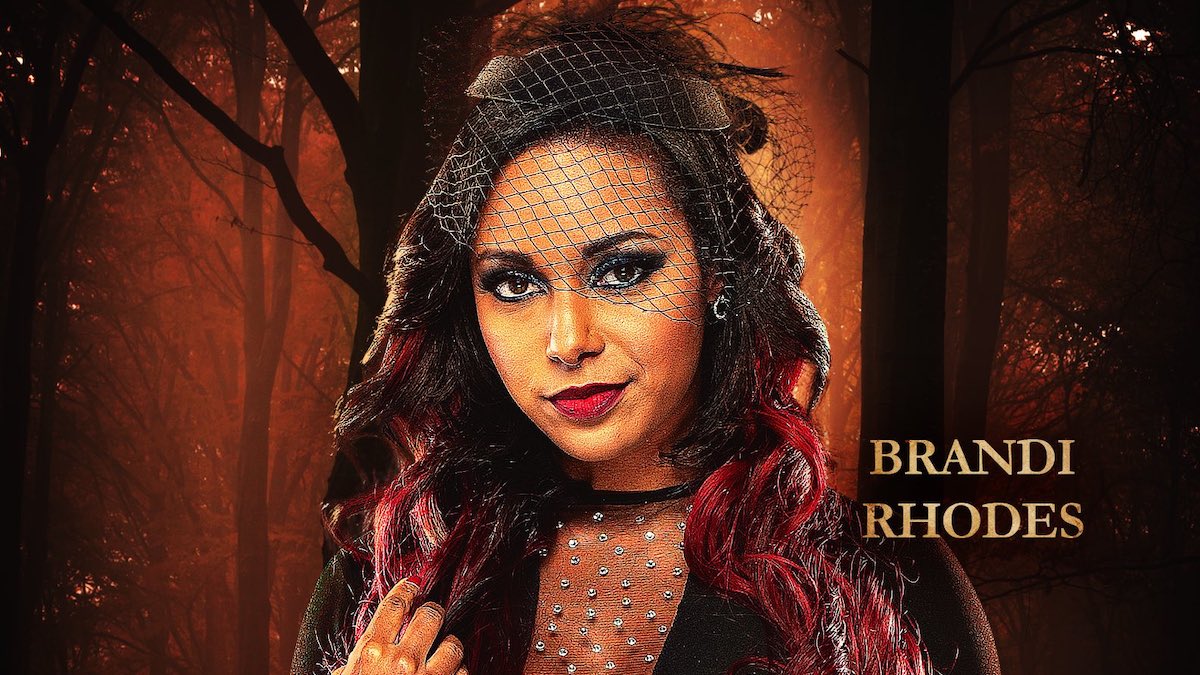 Brandi Rhodes confirmed that her role in the Nightmare Collective is done in an interview yesterday on Wrestling Observer Live.

Brandi has been releasing videos for the past couple of weeks where she talks to a therapist about the Nightmare Collective and gradually returns back to “normal” Brandi. In a video posted yesterday, Brandi set fire to her Nightmare Collective outfit, signifying an end to her role in the stable.

Awesome Kong was also apparently written off of TV on last week’s AEW Dark when she was attacked by her Nightmare Collective stablemates Mel and Luther.

In yesterday’s interview, Brandi confirmed that she’s done with the stable, acknowledging the bad reaction it had been getting from some fans and saying that she also was “not happy with it.”

“I think a big misconception is that AEW made changes. Not at all. I did. 100%,” Brandi said. “Because if I do something, I wanna be happy with it and I was not happy with it.” That’s when she did the therapist videos to write herself out of the storyline.

But Brandi said that though she and Awesome Kong will no longer be part of the storyline, Mel and Luther are still in AEW and there’s still a plan for them. “It doesn’t tell us anything about Mel or Luther, who are very much here. That definitely doesn’t mean it’s dead just because I’m not there. It just means that I personally didn’t see myself as an asset to that situation.”

Brandi was back to “normal” Brandi last week on Dynamite when she came out to support Cody Rhodes when he was being lashed by MJF.

You can listen to the interview in the video below.

The original thing was supposed to be myself and Awesome Kong – me managing Awesome Kong. Awesome Kong came to me with an idea of wanting to change her look and vibe to something of an assassin of sorts. She had this idea about wanting to cut hair as a trophy to keep. And Awesome Kong’s not a talker, so naturally a good fit was for me to be the one to talk.

Unfortunately, you can lay out a huge trajectory of things you want to do and sometimes, things just happen that don’t allow that to happen. One of the things was that I noticed that Awesome Kong was not physically feeling great, and she’s my friend so I would never want to ask somebody to work in a capacity where I know they’re gonna hurt themselves.

So what then happened was more of a greater group discussion of what do we do here, and the Nightmare Collective came to be. And there was some great ideas coming from various different directions from various people that I respect in the company wanting to help and see this flourish.

But one of the problems – and we claim at AEW that we let out artists play their music the way that they want to play it. I’m one of the artists that’s part of the Nightmare Collective and I started to see that the music was not playing how I liked it. I didn’t feel it. And I started to notice that audience members were on the same page as me. I was starting to feel like hey, I’m not really understanding this or some things are happening too quickly for people to keep up with this or this is a nice idea, but we don’t have time to explain it.

So I think a big misconception is that AEW made changes. Not at all. I did. 100%. Because if I do something, I wanna be happy with it and I was not happy with it. So I made the decision to do the series that I put out with the therapist. I hired the actress that was the therapist and put that thing together just kind of out on a limb, and people loved it. It was really cool. So I did it on my own, just as a sidetrack. I didn’t want to take up TV time.

Obviously as we saw last week, we saw what people perceive as normal Brandi back. It kinda just made more sense to let it lie. In the most recent video, you see me burning my clothes. That gives us some closure. But what that doesn’t do is it doesn’t tell us anything about Mel or Luther, who are very much here. That definitely doesn’t mean it’s dead just because I’m not there. It just means that I personally didn’t see myself as an asset to that situation. I wanted to do something fun and creative to give some story to it that I felt was necessary, and I’m good with it now and I hope fans are good with it now.