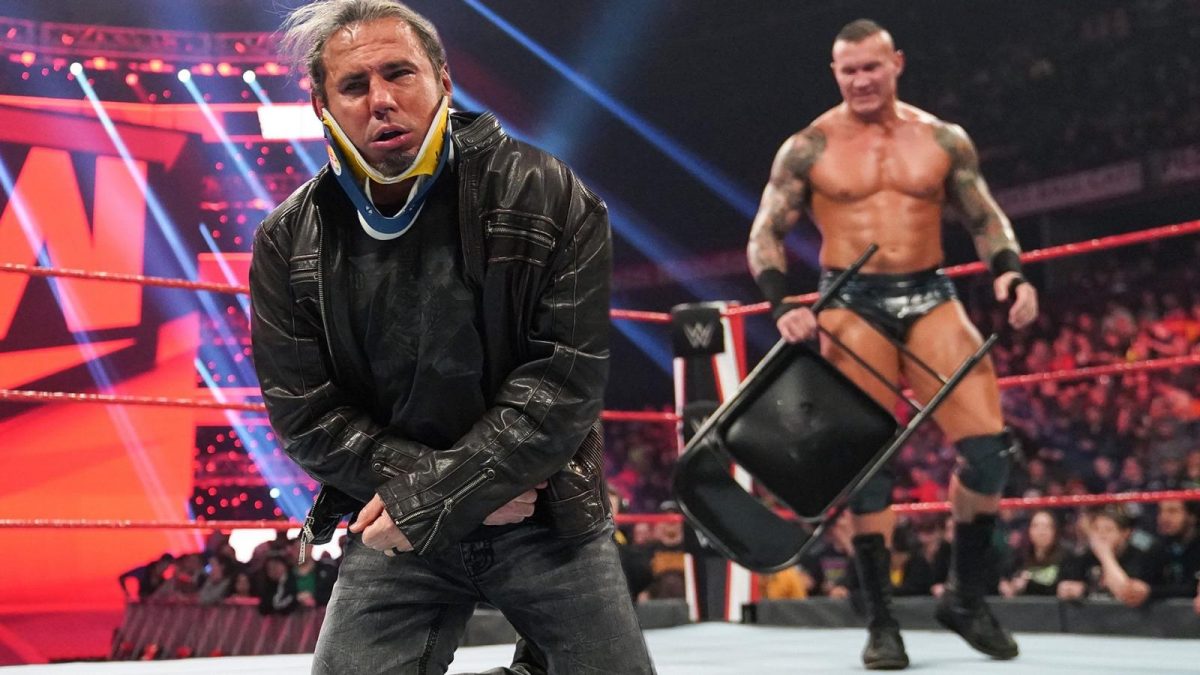 Matt Hardy posted the tweets below after his segment on Raw last night, where Randy Orton took him out with a con-chair-to on the ring steps, causing him to be stretchered out.

When tragedy FRACTURES you, SHATTERS you.. Pick up the pieces & recreate yourself into something GREATER.

The #BROKEN pieces won’t be lost in limbo forever.

Sitting in my #ChairOfWheels at the hospital & just realized I’ve seen this exact moment before in a PREMONITION.

One ESSENCE must PERISH for a new ESSENCE to be RESURRECTED.

Orton took out Matt Hardy in a similar way last week on Raw in a segment that was originally supposed to be a way to write Hardy off of TV before Vince McMahon changed his mind this past Thursday and brought Hardy back for one more segment.

Hardy’s WWE contract expires on March 1 and as of now, he has not signed a new deal. Last week, he turned down WWE’s latest contract offer and there’s speculation that he’s AEW-bound and could possibly be the Dark Order’s “Exalted One.”