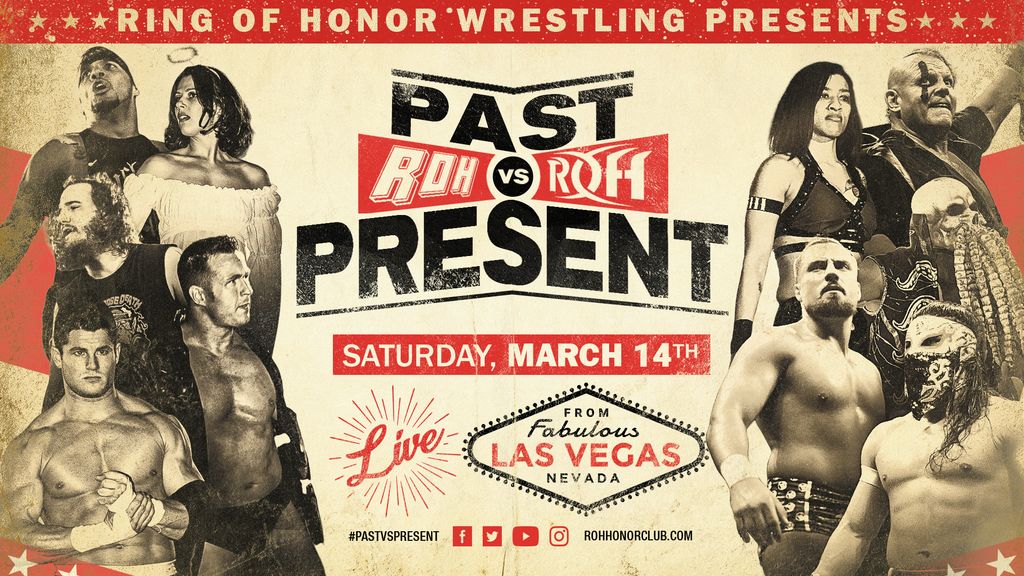 Updated Card for ROH Past vs. Present

ROH recently announced the updated card for their Past vs. Present event, which takes place on March 14th at Sam’s Town Live in Las Vegas, Nevada. ROH Past vs. Present will air live on ROH HonorClub starting at 6:00PM PDT.

PROGRESS Wrestling announced that they have moved up the date of their upcoming Chapter 105 event from its originally planned April 26th date to now an April 20th date due to WWE’s announcement of NXT TakeOver UK: Dublin taking place on April 26th.

Future Stars of Wrestling announced that due to John Morrison’s recent signing with WWE, they have stripped him of his Mecca Grand Championship and will be holding a tournament to crown a new champion starting at their FSW Mecca VI event on March 15th in Las Vegas, Nevada.