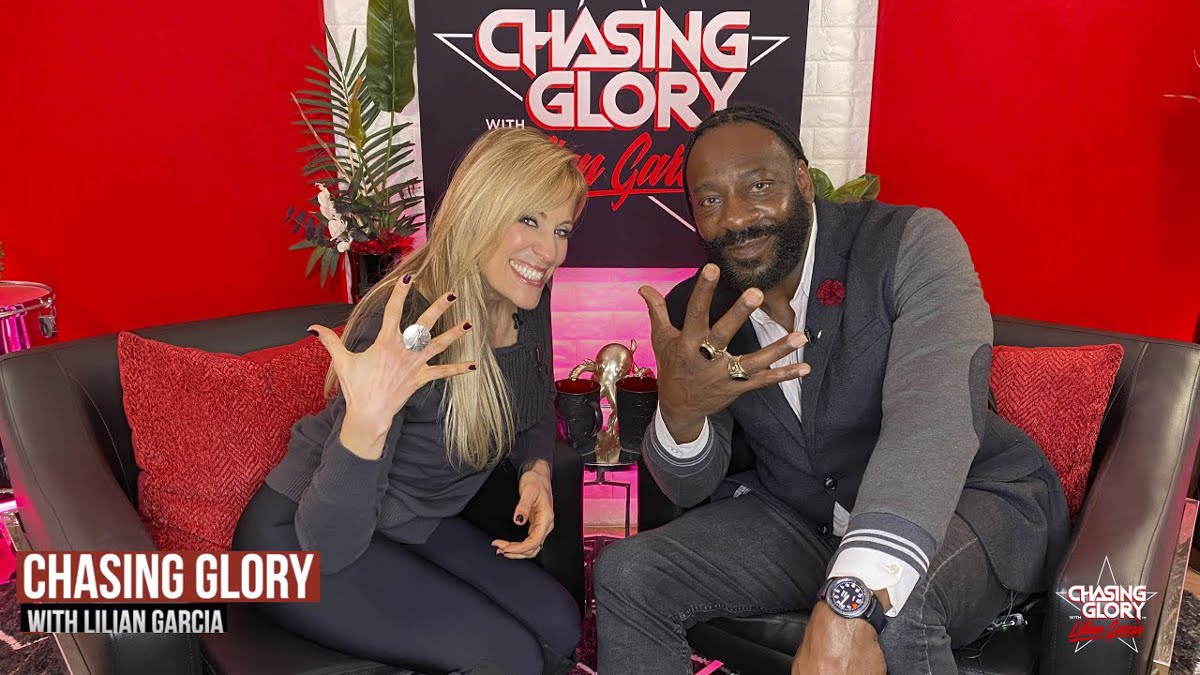 A recent episode of the Chasing Glory With Lilian Garcia podcast had Booker T as the guest and one of the topics discussed included his thoughts on scripted promos taking away the originality and delivery skills of wrestlers performing them.

I remember back in the day, John Laurinaitis, he used to write a lot of my matches for me. Just the finish, he would write the finish for me. In the beginning I told him, I go, “Man, I don’t work like this. I’m an artist.” He’d go, “Just look it over and just try it.” I went out and I was like, “All right, I’ll try it.” I went out and I did, and I was like, “Wow, man, I look like a million bucks.” If I got someone working with me and I know they can make me look better and then they give me the liberty to say, “Hey, use it if you like it. If you don’t, throw it out,” that’s going to make me a whole lot better, opposed to someone just telling me, “Hey, this is what you got tonight.” For me, I had Brian Gewirtz, back when I was doing the King Booker.”

WWE reportedly currently has plans for Bret “The Hitman” Hart to induct “The British Bulldog” Davey Boy Smith into their Hall of Fame, according to PWInsider.

Mike Johnson reported that talks backstage during this past Monday’s episode of RAW mentioned Hart’s name as the current choice for Smith’s inductor for this year’s Hall of Fame class.

Tony Schiavone announced on Twitter that his broadcasting career in baseball has recently ended and will become a full-time member of AEW going forward.

PWInsider’s Mike Johnson reported that Wal-Mart has recently agreed to a deal to sell AEW Unrivaled series action figures when they go on sale starting this August.

Ring of Honor announced that Kellyanne is the second official entrant for their upcoming Women’s Championship tournament, which starts on April 24th at their Quest for Gold event in Philadelphia, Pennsylvania.

Impact Wrestling reportedly has recently added a new set of television tapings to their schedule for April 24th and 25th at the Columbus Expo Center in Columbus, Ohio, according to Post Wrestling.

WrestleCon announced on Twitter that all of their events during WrestleMania 36 weekend in Ybor City, Florida will be airing live on FITE.TV.