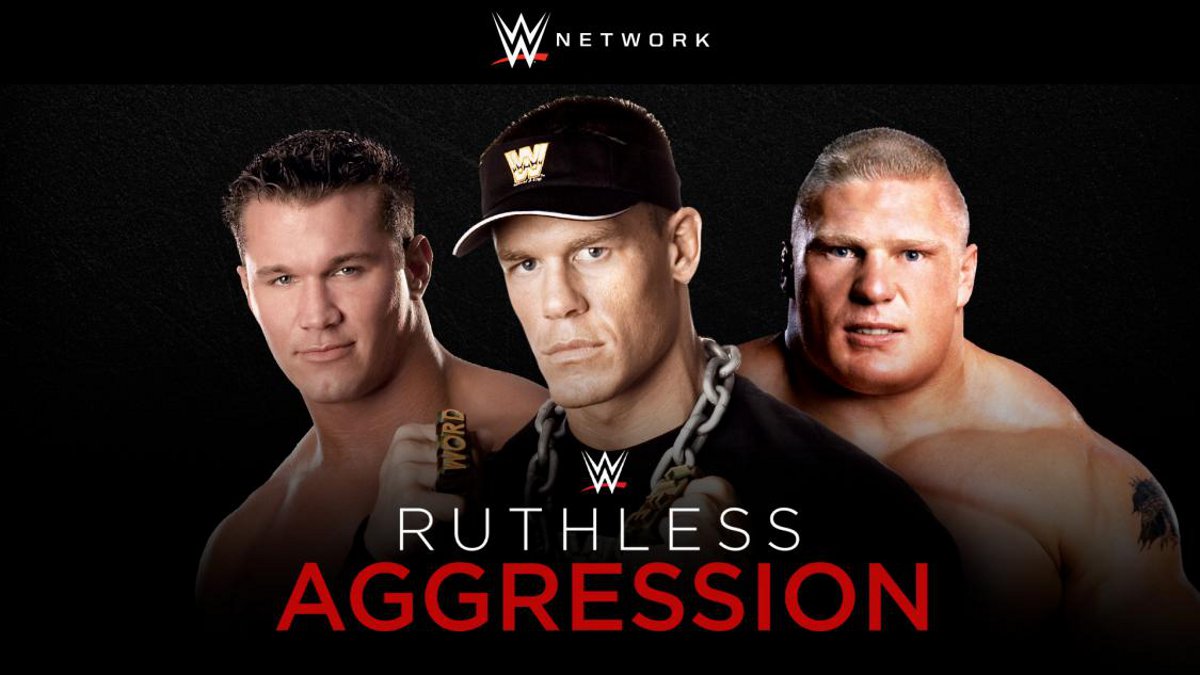 WWE announced that their upcoming new Ruthless Aggression documentary series will debut on the WWE Network on February 16th and new episodes will be released every Monday starting on February 17th.

Famous for giving rise to legendary WWE Superstars like John Cena, Brock Lesnar, Randy Orton and Batista, the Ruthless Aggression Era was also a time of remarkable innovation for WWE. The company introduced new concepts like the Elimination Chamber Match and Money in the Bank Ladder Match, and, for the first time in its history, split the roster into two unique brands: Raw and SmackDown.

WWE also released a trailer for the series.

TV Insider held a recent interview with Jon Moxley and one of the topics discussed included his thoughts on the difference between AEW and WWE in regards to the storytelling process.

“It’s what it’s supposed to be. That’s pro wrestling. That’s the kind of wrestling I enjoyed as a kid. That’s the thing. The difference for us is we don’t have to have 37 pay-per-views a year and 600 network specials every year. We have Dynamite every week but four or five pay-per-views a year. We can keep those high-quality, big matches for those. A big fight feel. I think some of that has been missing over the last few years when you have to rush through stories and car crash stuff and give away so much on TV. The gratifying part for me is that it’s so much easier. You don’t have to overcomplicate things.

The story is simple. You have professionals who know what they are doing, veteran guys. Sometimes you can take risks and try something out. Maybe it works or doesn’t. It’s always great to be willing to do that. The lack of 30 writers buzzing around with all this weird f—’in energy is the biggest difference. Instead of a 10-minute sports entertainment segment, at AEW I don’t have anyone bugging me with 40-page script to memorize or drilled to me how it’s supposed to be done. It’s very stress-free when you just let guys do their jobs. It’s easier when you have more in command of the rudder of the ship. Better than having the wind blowing in 50 f—-’in directions.”

Ring of Honor announced that the Havana Pitbulls (Rocky Romero & Ricky Reyes) will be making an appearance for the company at their Past vs. Present event on March 14th in Las Vegas, Nevada.

Revolution Pro Wrestling announced a new match for the card of their High Stakes 2020 event on February 14th in London, England:
– LA Park vs. Eddie Kingston