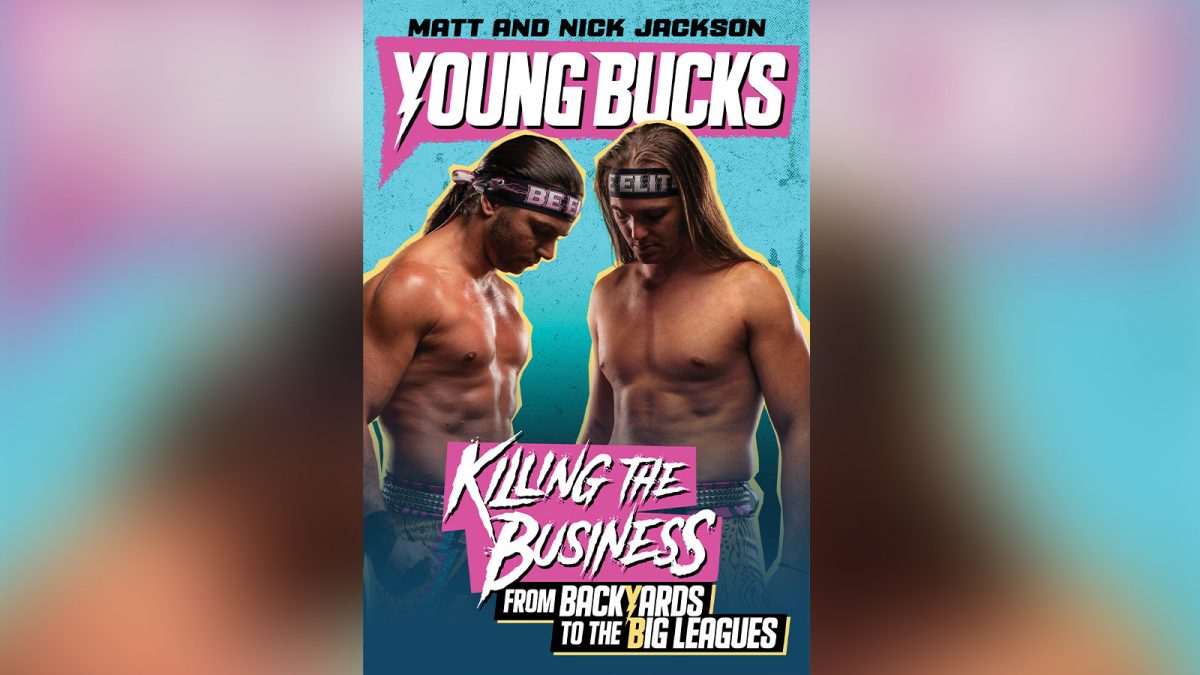 The Young Bucks are releasing an autobiographical book called Young Bucks: Killing the Business from Backyards to the Big Leagues. It’s set for a September 29, 2020 release date.

Famous for their highflying moves, Superkicks and viral videos, Matt and Nick Jackson are two of the hottest and most talented competitors in professional wrestling today. Known as the Young Bucks, this pair of ambitious brothers are an inspiration to both fans and aspiring wrestlers worldwide due to their message of resilience and determination. That they are also faithful family men devoted to their loved ones gives them additional appeal.

A warm, heartfelt story of hope, perseverance, and undying ambition told with the brothers’ wit and charm, Young Bucks begins in Southern California, where two young boys grew up dreaming of success and fame. Matt and Nick look back on the sacrifices they made to achieve their ambitions, from taking odd jobs to pay for their own wrestling ring to hosting backyard events with friends. They share their joy at being recruited into the amateur California circuit and the work it took to finally make it professionally, and speak frankly about what it means to have the support of millions of fans cheering their talents in arenas nationwide. The Young Bucks talk endearingly about their sport, their faith, and their families, sharing personal reflections and behind-the-scenes anecdotes while paying tribute to the wrestling acts and inspirations that came before them. They also elaborate on this historical time in the evolution of wrestling, as the sport and its culture dramatically change day by day.

Alternating between each brother’s perspective from chapter to chapter, this entertaining memoir is a complete portrait of what it means to grow into—and give back to—wrestling, the sport and profession they embody and love.

Hangman Adam Page is releasing a children’s book called The Elite Team: Adam and the Golden Horseshoe on May 24.

i have written a book. . . huge thanks to @TrismBooks and Dylan Coburn for illustrating. . PRE-ORDER: trismbooks.com/adam-page . someone tell the aew librarians pls

Adam’s faded second-hand guitar never left his side. He played it at home. He played it at school. He even slept with it. As Adam and the rest of the Elite Team practiced their talents, Adam felt overshadowed by his friends. He just wasn’t good enough… When he heard about the legend of the Golden Horseshoe, and its charm to make champions, he knew he had to find it for himself. But on his quest, Adam finds more than just the horseshoe. Will he finally find the champion within himself?