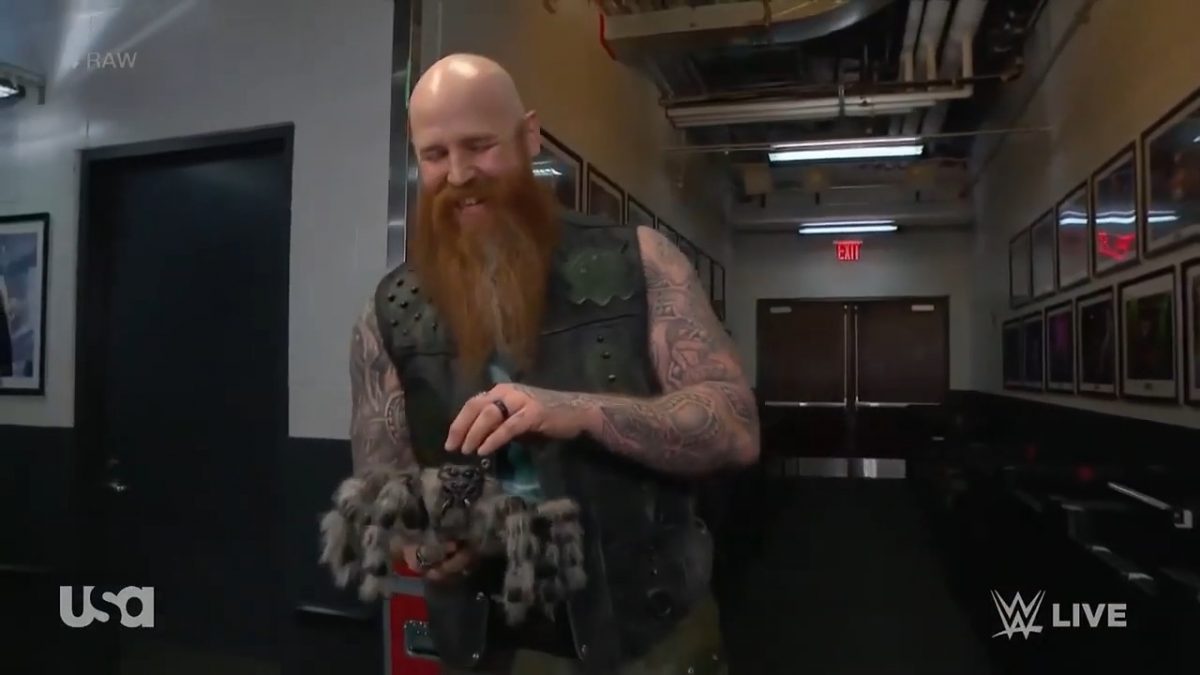 Vince McMahon Reportedly Rewrote Script for This Past Week’s RAW

Vince McMahon reportedly rewrote the script for this past Monday’s episode of RAW, according to the Wrestling Observer Newsletter.

Dave Meltzer reported that Vince McMahon rewrote several segments including the reveal of the mystery creature inside Erick Rowan’s cage, which turned out to be a giant tarantula, and at least two matches for the show.

The first match changed was the 24/7 Championship match which was originally planned to be R-Truth vs. Riddick Moss. McMahon decided prior to the start of the show to change the match to Ricochet vs. Moss and for Ricochet to suffer the clean loss.

The other match changed was the Gauntlet match between Aleister Black and The Club. Meltzer reported that the match was originally planned to end differently but McMahon made the change for Black to suffer his first singles loss to AJ Styles on that night.

In regards to Asuka vs. Shayna Baszler match being changed to Kairi Sane vs. Baszler, that was not changed for creative reasons but instead due to Asuka suffering a legit injury over the past weekend.

As noted before, All Japan Pro Wrestling and WWE are currently rumored to be working on plans for a potential partnership for NXT Japan.

Dave Meltzer reported in this week’s Wrestling Observer Newsletter that the current feeling within Japan is that a potential AJPW and WWE partnership could greatly change both the Japanese wrestling landscape and New Japan Pro Wrestling’s status as the dominant promotion in the region.

Meltzer also reported that there is also a current fear of WWE taking advantage very soon of the weakening state of the Japanese wrestling scene due to the coronavirus outbreak in the country. The fear is based on the idea of WWE establishing a strong foothold and making things a lot tougher for those companies affected to recover and survive against WWE.

WWE reportedly made a change to the announce team for their NXT UK brand during Friday’s television tapings in Coventry, England, according to Fightful.