AEW’s “Undisclosed Location” Was a Wrestling School in Georgia 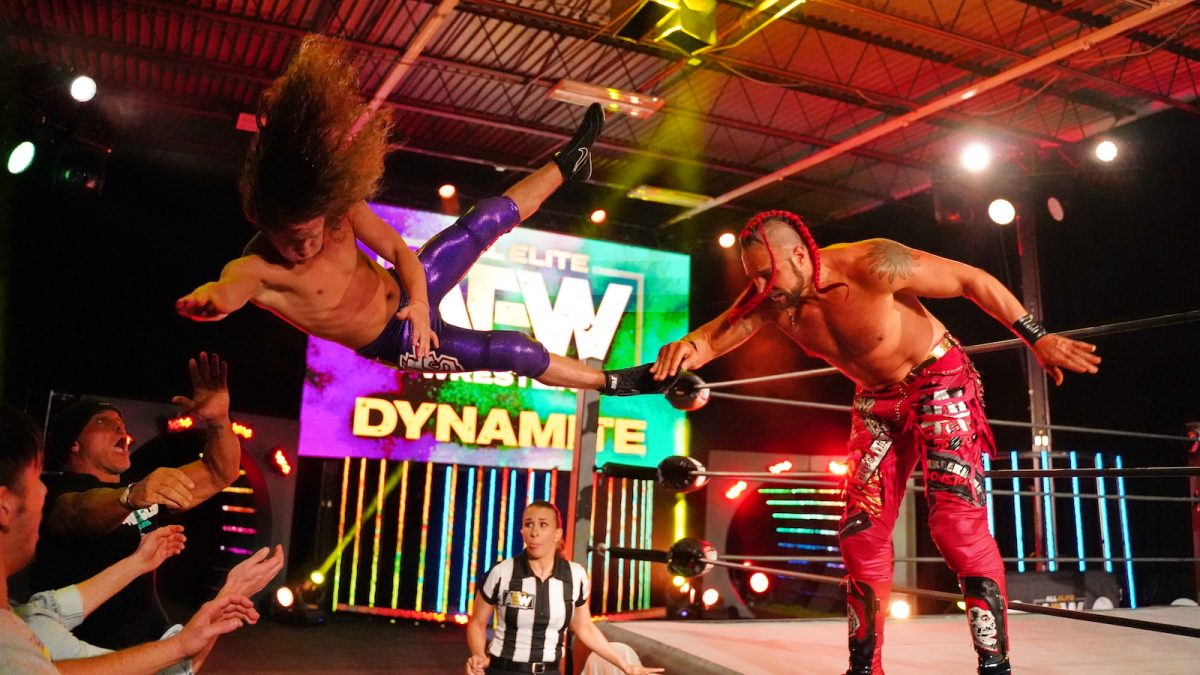 The location of last night’s Dynamite wasn’t revealed on the show, but it took place at the “1 Fall Power Factory” wrestling school in Norcross, GA, which is owned by AEW wrestler QT Marshall.

Photos of the school show artificial grass on the floor and the same roof from last night’s Dynamite. Dave Meltzer also confirmed the location on Wrestling Observer Radio.

AEW taped content at the venue on Tuesday and Wednesday, likely for future Dynamite and Dark shows.

AEW had to move to the venue after a series of stay-at-home orders in Florida made it difficult to impossible to tape at Daily’s Place in Jacksonville. Florida’s stay-at-home order is currently in effect until April 30.

AEW may also not be able to tape at the Georgia venue again for a while. Yesterday, the governor of Georgia announced that there will be a stay-at-home order for the state from this Friday until April 13, and it may be extended after that.