Apollo Crews Pulled From Money in the Bank Ladder Match 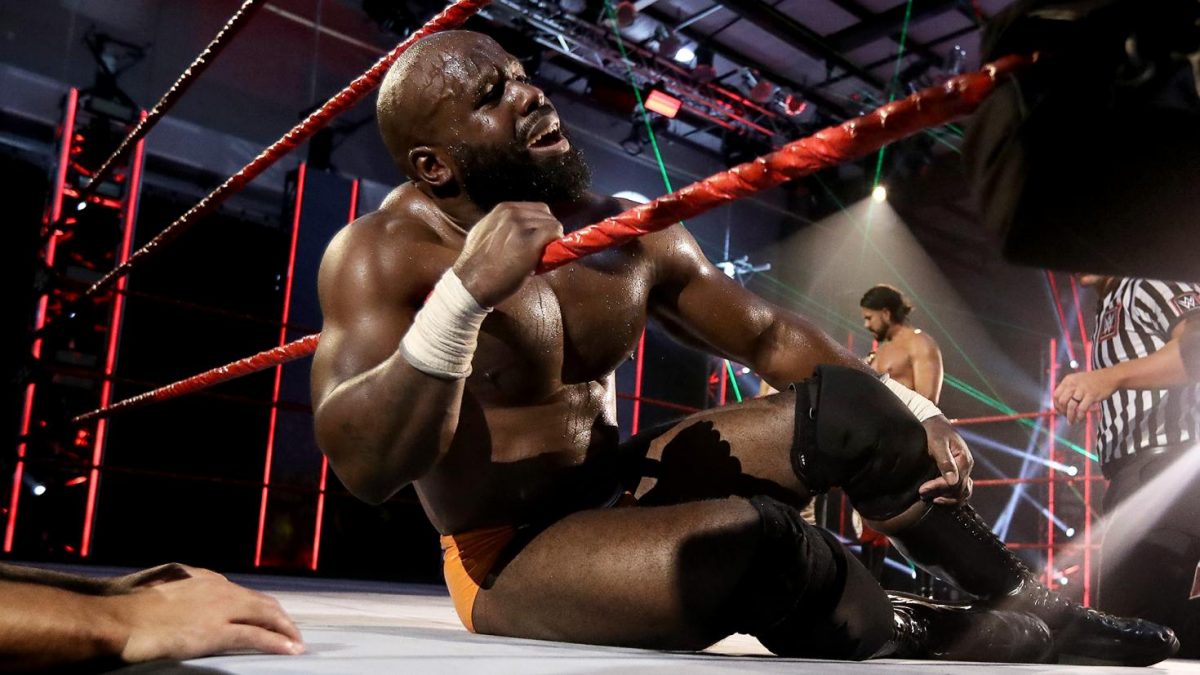 Apollo Crews will no longer be competing in the Money in the Bank ladder match because of a storyline injury.

BREAKING: @WWEApollo will no longer be able to compete in the Men’s #MITB Ladder Match due to the knee injury he suffered during his #USTitle Match against @AndradeCienWWE on #WWERaw. https://t.co/W4qUhOo1dR

During a match against Andrade on Raw, Crews jumped off of the top rope and “hurt his knee” on the landing, causing the referee to stop the match. Later in the show, a distraught Crews was shown walking backstage on crutches.

WWE hasn’t announced who will replace him or how he’ll be replaced yet. Four of the six spots in the match have been filled: Daniel Bryan, Rey Mysterio, Aleister Black and King Corbin have qualified. Otis will face Dolph Ziggler this Friday on SmackDown to fill another spot.