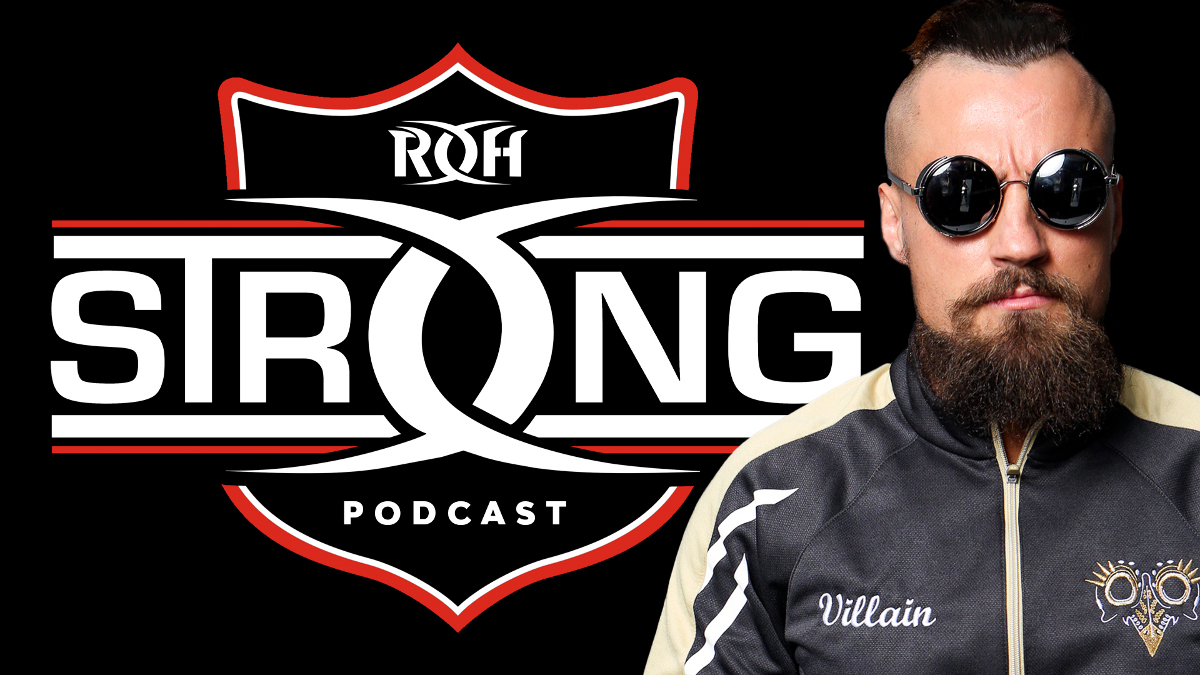 The debut episode of Ring of Honor’s ROHStrong podcast had Marty Scurll as the guest. Some of the topics discussed included his thoughts on a potential partnership between ROH and All Elite Wrestling, balancing his wrestling and booker jobs in the company, and fans wanting him to win the ROH World Championship at G1 Supercard 2019.

On the topic of a potential future partnership between ROH and AEW, Scurll stated:

“Yeah, I don’t see why not. It would have to be a matter of timing and a matter of, I spoke about [it] previously, just where it would benefit both companies but like I said, I have an amazing relationship with The Bucks especially. I still talk to them on a regular basis. I have a pretty good relationship with Tony Khan and I think both parties are definitely willing to work with each other. It’s just a matter of timing I guess. Like when it would be suitable to do so. So it’s definitely something I wouldn’t rule out for sure. I’m not saying anything will happen. I’m just saying I wouldn’t rule it out. There’s no reason why we wouldn’t. The timing needs to be correct. It needs to be a fitting situation for us to work together. I’d personally like to see it happen at some point.”

On the topic of balancing being an active wrestler and booker of the company, Scurll stated:

“I think what I’ve achieved in Ring of Honor speaks for itself so, for example — it’s not too much of an awkward position in the sense of I was booked as a top guy beforehand. There’s no reason for that to stop. It wasn’t like I was an undercard guy then I became booker and now I’m world champion all of a sudden. I’m always gonna make the best decisions, not for myself but for the company so for example, if me being world champion is best for the company at the time, then we will do that, despite what my other roles might be. At the end of the day, the fans are gonna tell you if they believe something or not. If someone is champion that they don’t believe should be champion, then they’re gonna let you know. For example, if I’m booked on top — now I don’t think any of the fans are gonna say, ‘Oh, why is he on top? He shouldn’t be there.’ So no… I understand a wrestler being a booker, maybe it’s somewhat a conflict of interest but at the same time, where do you get these bookers from? It’s not like people can go to university and train how to be a booker. The only way you can be prepared for this job is to have years and years of experience in the business and that’s something that I have. I’ve been all over the world. I’ve wrestled with pretty much every big star in the world today. So I have a lot of experience and wisdom in this job.”

On the topic of the fan support for him to win the ROH World Championship at ROH and New Japan Pro Wrestling’s G1 Supercard event in 2019, Scurll stated:

“Well, I’d say good things come to those who wait. Would it have been nice to have been world champion by now? I mean absolutely. But at the same time, I don’t have an ego when it comes to those types of things. I just want what is best for the business as opposed to what’s best for myself. In terms of the event that you spoke about, MSG, I think obviously there were a lot of fans that wanted to see me win and they wanted that moment and so, maybe it might’ve been an idea to give them it, but obviously that wasn’t my day and it doesn’t mean they’re not gonna get it later. I wouldn’t say it was dropping the ball. At the same time, I think as many fans there were that wanted to see me win the title, Matt Taven who won the title, he has such a huge following so there was a lot of people that were excited about that and his time with Ring of Honor, he’s more than deserved — he’s been there a lot longer than I have and more than deserved his title run and I think he did a really good job with it, and actually I feel like even though he’s not the champion anymore, I feel like there’s untapped potential with Matt Taven. I feel like he can go on to do really big things. He already has in this company but I think even bigger and brighter things in this company. But no, it would’ve been nice to win the title and I’m sure a lot of fans would’ve wanted that moment but, they didn’t get it then but maybe they’ll get it later. So, who knows? It’s a hard position as well. Without peeling it back too much, it was a hard spot for the company because obviously they knew my contract was expiring so, how do you put your number one title on a guy you don’t necessarily know you’re gonna have? You know what I mean? It’s a really tough spot for them.”