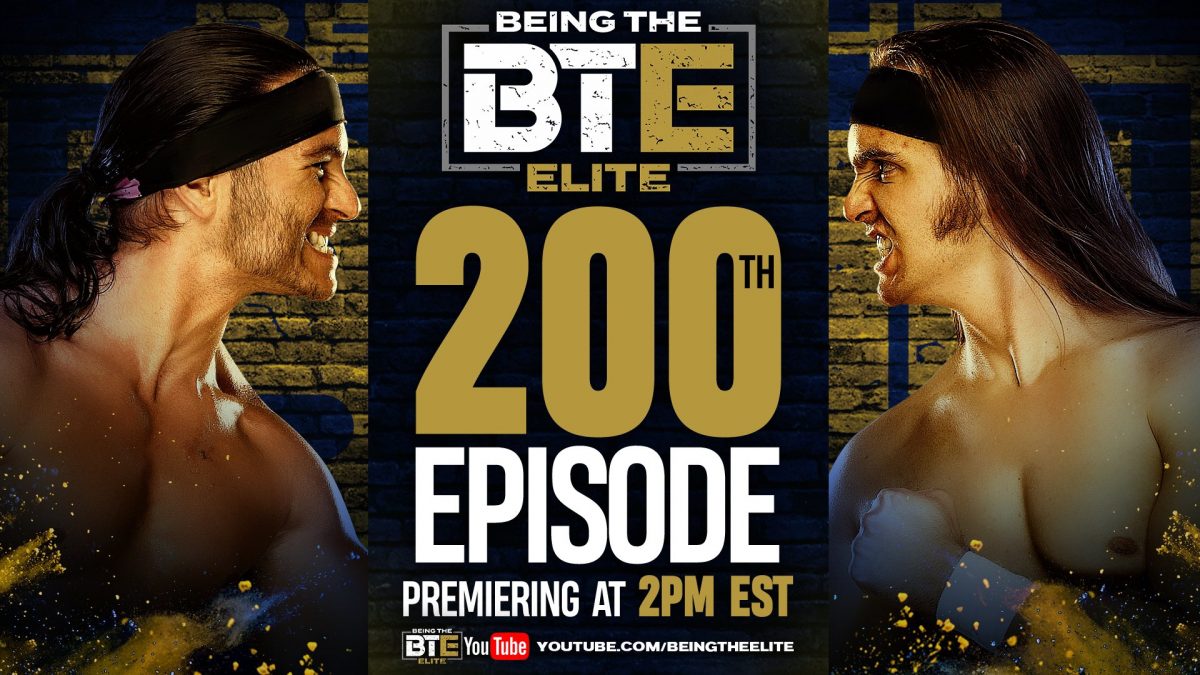 For Being the Elite’s 200th episode, Matt and Nick Jackson wrestled each other at the BTE Compound in Rancho Cucamonga, CA.

They wrestled all around the “compound,” including on a tennis court, golf cart, gym, poolside, and in a pool.

Older brother Matt won in the end, hitting Nick with a superkick, but not before saying, “I’m sorry, I love you.” He then finished him off with an elbow drop off of an elevated platform for the win.

After the match, Nick and Matt embraced and reminisced, with Nick saying that the last four years have been the best of his life. They then cut to a montage of the past 199 Being the Elite episodes and the show ended in Matt’s car:

Nick: “Same… Well, actually Matt… There’s still that one thing we need to do.”