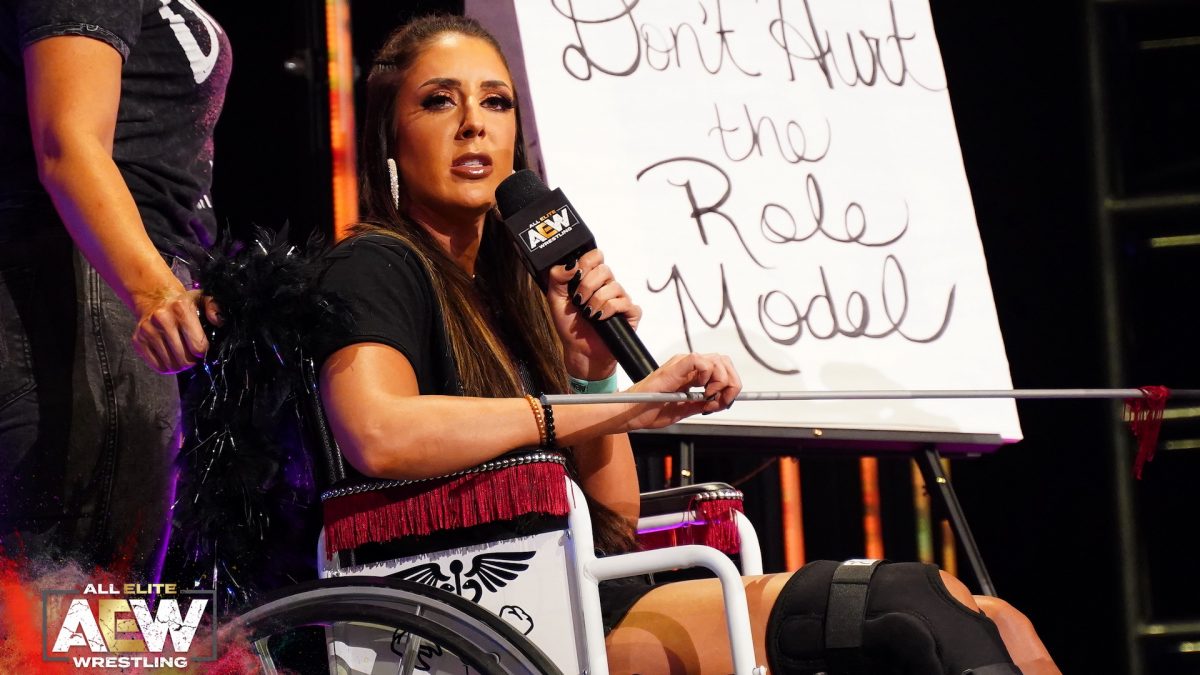 During a segment tonight on Dynamite where she exposed a vast conspiracy against her, Britt Baker said that she will be back from her injury at All Out, which will take place on September 5.

So it looks like she’ll be out of action for over three months.

Tony Khan previously said in a media scrum after Double or Nothing that she was only expected to be out of action for about six-eight weeks.

Marq Quen’s “injury” tonight on Dynamite was a work and he’s fine, according to PWInsider.

Quen appeared to be hurt after the opening match on Dynamite and was helped to the back by Matt Hardy and Isaiah Kassidy.

The angle was done so that Hardy could help him to the back, which left the Young Bucks alone in the ring to be attacked by the Butcher and the Blade, which then set up FTR’s run-in debut.