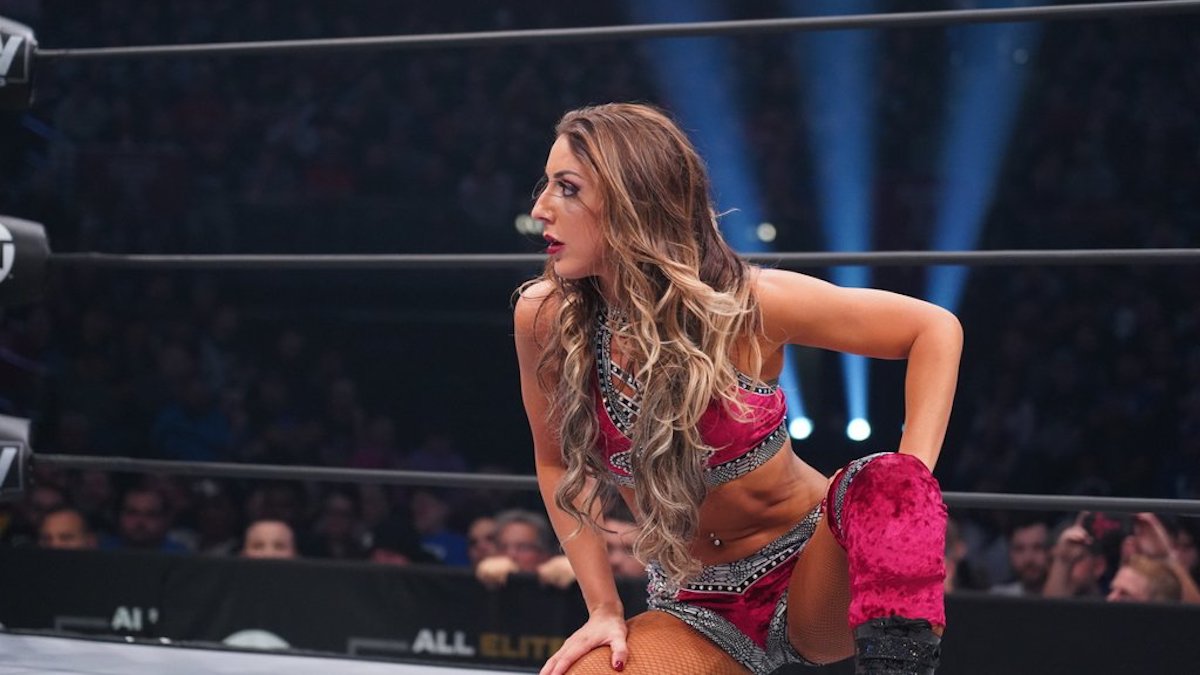 Britt Baker’s knee injury that she suffered last night on Dynamite is “probably bad,” according to Bryan Alvarez on Wrestling Observer Radio.

“They think it’s probably bad, but she has to be checked out [Thursday]. But this could be a pretty serious knee injury,” Alvarez said.

Her scheduled match against Kris Statlander at Double or Nothing this Saturday does not seem likely at this point.

Britt Baker appeared to suffer a right knee injury during her match tonight on Dynamite.

Baker sat in the corner while Nyla Rose was suplexed onto her by Hikaru Shida and Kris Statlander, with Rose landing on Baker’s knee.

Baker immediately appeared to be in pain and didn’t seem to be able to put any weight on her right knee afterwards. She went off to the side for the rest of the match and a trainer was checking on her knee.

Rey Fenix was “banged up” after his bump last night on Dynamite, but AEW thinks that he should be OK for Double or Nothing, Bryan Alvarez said on Wrestling Observer Radio.

Update: Dave Meltzer confirmed today that Fenix has been cleared to work Double or Nothing on Saturday.

Rey Fenix took a bad bump on Dynamite when he tried a springboard flip to the outside, but was short of his target and was not caught, so he landed badly on his back and arm.

Tony Schiavone said on the AEW Dynamite post-show on YouTube that he thinks Fenix is OK since he was able to walk off on his own after the match.

Jackson suffered some sort of rib injury during the brawl on the football field at the end of Dynamite when he and brother Nick did double dives from the stands.

The extent of the injury and his status for Double or Nothing isn’t known right now. Jackson did continue to brawl after the spot when he was injured.