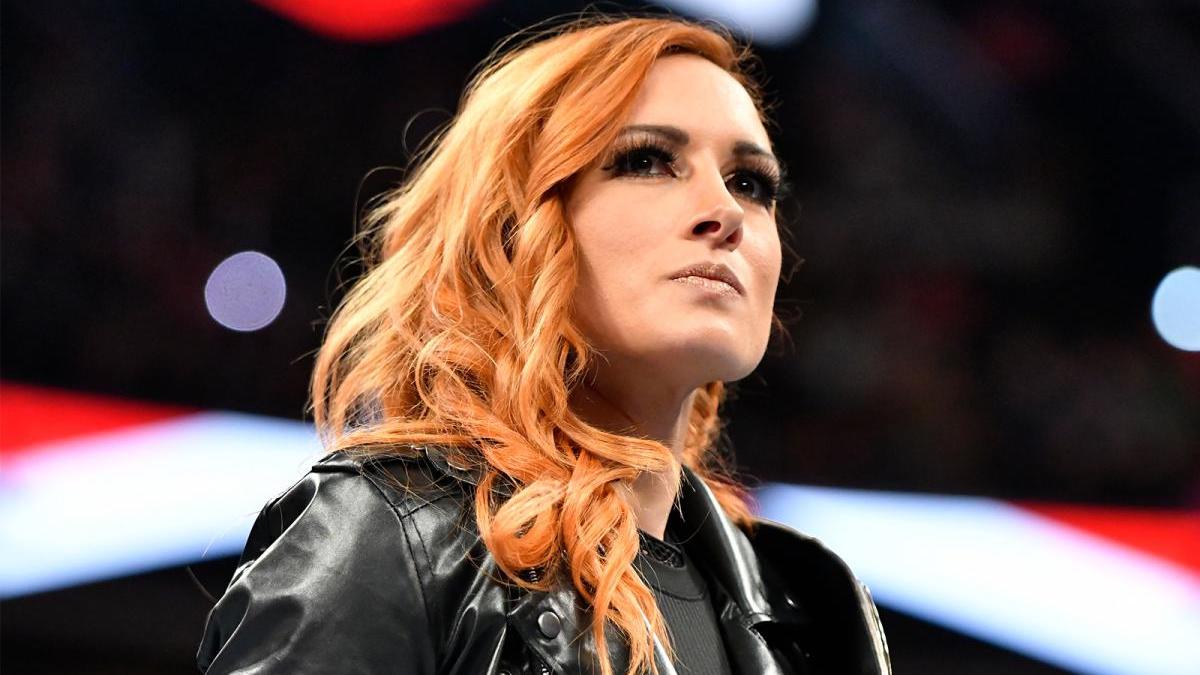 Raw opened tonight with Becky Lynch announcing that she’s pregnant and as a result, was vacating the Raw Women’s Championship to Money in the Bank winner Asuka.

Becky walked to the ring with the Money in the Bank briefcase, got on the mic and spoke:

Tonight is no ordinary night for me. I’m torn between joy and sadness because I’m at a place in my life where things are about to change and I needed to do something about it. So I asked the decision-makers to raise the stakes for the Money in the Bank ladder match and they did just that.

But before I get to that… I walked in through these very doors in 2013 and I didn’t know anybody in this country and I didn’t know if I was good enough to be here. And I didn’t know if anybody would care about a loud-mouthed Irish woman who loved puns (?) and toast. But somewhere along the line I learned that they did care, and they cared so much that they put me on their shoulders and they carried me into history and I will never forget that. Through injury and triumph, it was the fans that stood up for me and had my back. And it was the fans who I grabbed onto when I didn’t have anybody else. And that is why it is the fans that deserve to hear this from me first.

I have to go away for a while.

Asuka’s theme hit and she angrily walked into the ring and pointed at her Money in the Bank briefcase and yelled, “That’s mine!”

Asuka, you have beaten me when nobody else could. You have been the best wrestler in the world for a long time and this is why I am so glad that this is happening to you. The match last night wasn’t what you thought it was. It wasn’t for an opportunity to win the championship. It was for so much more.

Becky unlocked the briefcase with a combination and inside was the Raw Women’s Championship.

The match last night was actually for the Raw Women’s Championship. I can’t fight anymore but you can. You are the champion.

Asuka grabbed the title and celebrated and screamed and ran around the ring and stood up on the announce table and danced, then returned to the ring.

Asuka then hugged an emotional Becky and yelled “congratulations” then started chanting “Becky.”

Becky’s theme hit and she emotionally walked down the ramp, then she mouthed to the camera, “I’m gonna miss you guys.”

I have no idea what happens from here, but I do know that you’ve made all my dreams come true. I entered the PC in 2013 not knowing anyone, I’ll leave that same building tonight with my new family. Thank you all so much. pic.twitter.com/auSvwtx3gp

Becky Lynch was also interviewed by People Magazine about her pregnancy.

The father is her fiancé Seth Rollins and the baby is expected in December.

She said that she first found out after taking pregnancy tests in April.

I took the first one wrong. Then I took a few more tests until I got a digital one that just said the word ‘Pregnant.’ I was with Seth at the time and he just threw his hands up in the air, all excited!

I’ve always, always wanted kids. I’m just so career-focused that it became one of those things that, when you’re chasing a dream for so long, I always wondered, ‘Am I going to get around to it? Is it going to happen for me?’

She said that she and Seth Rollins were originally planning to get married this month, but the wedding was delayed because of the coronavirus.

We’ll get around to that. There’s no rush, and now we’ll have a little flower girl or a page boy.

As far as a return to the ring, Becky said that she doesn’t know what the future holds and implied that there’s a chance that she may be done with wrestling, depending on how her priorities shift.

It’s just such a joyous time and then such a sad time too. I loved this and I’ve given my life to this. I’ve achieved everything that I want to achieve in this business.