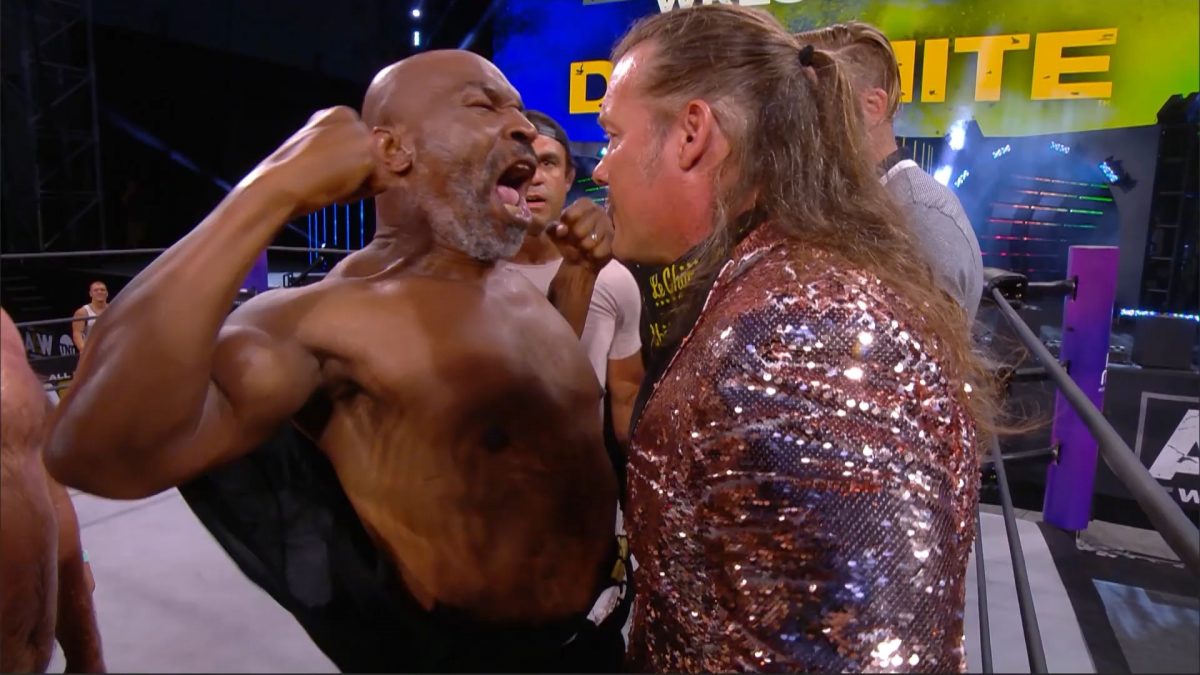 Following last night’s brawl on AEW Dynamite between Mike Tyson’s posse and the Inner Circle, Chris Jericho spoke to Digital Spy and teased getting in the ring with Tyson.

It was totally wild and woolly. It just shows that now more than ever Iron Mike Tyson is someone who’s very buzzworthy.

He’s in great mental shape, physical shape and he’s ready to make a comeback. Whether that means a boxing match or whether it means a wrestling match or whatever it could be.

He wants to be in the spotlight again and AEW’s the cool place to be. I mean, there’s no doubt about it. I think anybody that watches wrestling knows that and that’s why Mike came to play with us, so to speak.

Jericho was then asked if Tyson would be capable of a wrestling match:

It’s not up to him, that’s up to me. Of course he’s capable. Wrestling is all shapes and sizes and there’s a lot of different ways to do it.

So if he’s agreeable to doing something with us, then we work to his strengths and eliminate his weaknesses that’s what wrestling’s all about.

Following the brawl last night, Tyson cut a short promo on Jericho backstage, saying, “I’m telling you, this is not over. I’m coming back and Jericho’s gonna get his ass kicked.”