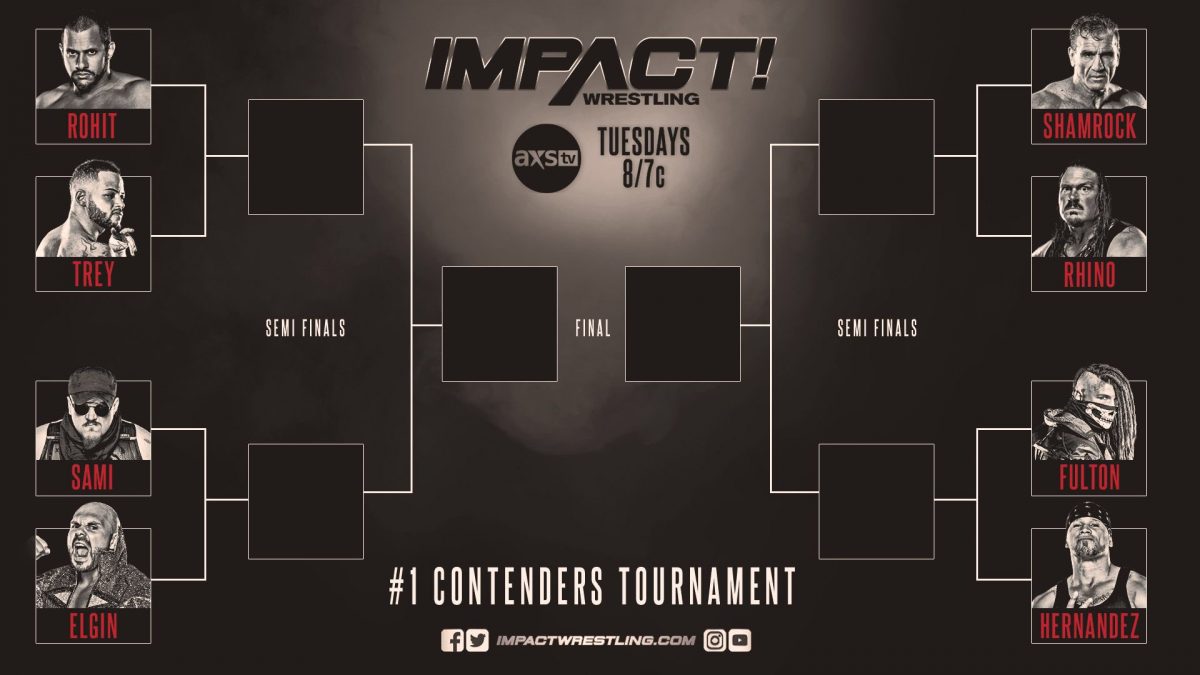 Impact will be holding a tournament to determine the #1 contender for Tessa Blanchard’s World Championship.

The bracket for the #1 Contenders Tournament is OFFICIAL! #IMPACTonAXSTV pic.twitter.com/OfAtqE0Z42

Rohit Raju vs. Trey, and Madman Fulton vs. Hernandez will air on next week’s episode.

Impact has plans for more TNA-related content in the future, according to PWInsider. One source told them that if it hadn’t been for the coronavirus, TNA-related plans would be much further along at this point.

Moose brought back the TNA World Championship last week at Rebellion, declaring himself the champion and successfully defending it against Michael Elgin and Hernandez.

Kimber Lee made her Impact debut on Tuesday’s show, confronting Havok in a backstage segment. The two will wrestle each other next week.

She hasn’t officially signed with Impact yet, according to PWInsider.

Kimber Lee signed with WWE in January 2017 and used the name Abbey Laith, but after wrestling in the first Mae Young Classic, she was rarely used on NXT TV and was released in March 2018.

.@MadisonRayne tried to get to the bottom of @FearHavok‘s relationship with @nevaehOi4k but the debuting KIMBER LEE added a whole new layer to the story. #IMPACTonAXSTV @Kimber_Lee90 pic.twitter.com/Llljb85XgT

EXCLUSIVE: “Now the crown jewel can rise to the top where she belongs.”

We caught up with the debuting @Kimber_Lee90 about what she wants in IMPACT Wrestling. #IMPACTonAXSTV pic.twitter.com/mId43YnLF3