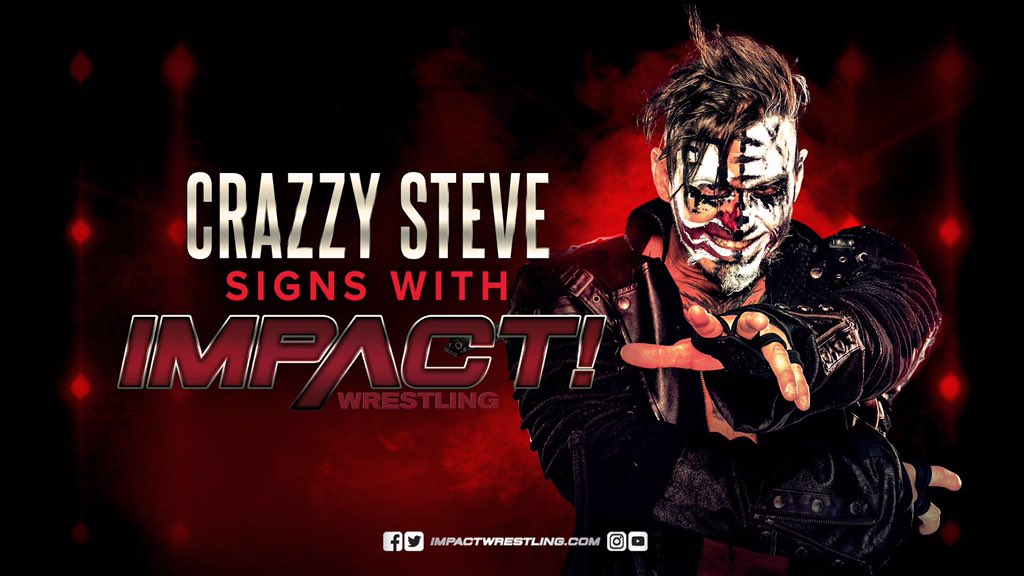 Impact Wrestling announced that they have signed Crazzy Steve to a contract.

The former TNA Tag Team Champion first signed with TNA/Impact in 2014 and worked there until his contract expired in 2017. He returned to Impact at night one of Rebellion last month as a mystery partner for Tommy Dreamer and Rhino, helping them defeat oVe.

CRAZZY STEVE is BACK!