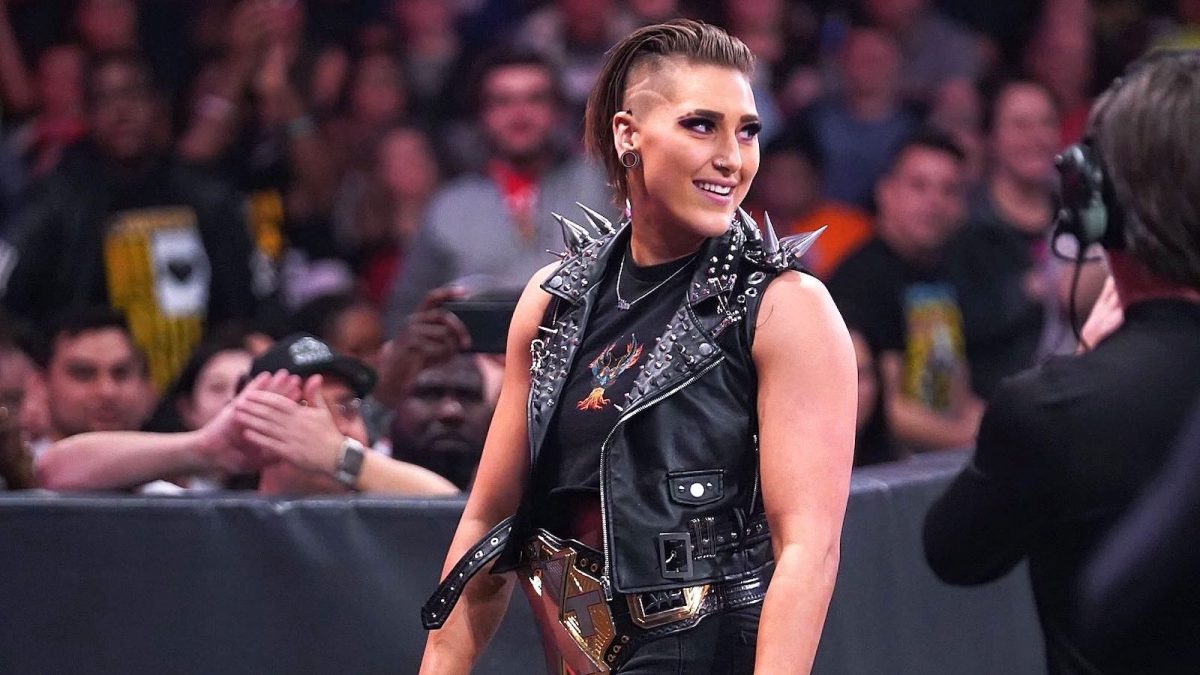 A recent episode of the Wrestling Friends podcast had Rhea Ripley as the guest. Some of the topics discussed included her thoughts on winning the NXT Women’s Championship in late 2019, Tegan Nox’s knee injury at the 2018 Mae Young Classic tournament, and how she got signed by WWE.

On the topic of winning the NXT Women’s Championship from Shayna Baszler, Ripley stated:

“So Shayna had pretty much gone through everyone in NXT, so I pretty much finished with NXT UK, handed it off to Piper [Niven] and I was coming into NXT to do that promo. So we were supposed to do a match later because everything was pre-recorded at that time, so we were supposed to do a match later on that night [for] a couple weeks after and I was supposed to tap out. That’s what was supposed to happen. It was supposed to be a one-off thing, I tap out, that’s it. So I went out, and as soon as my music hit, the whole Full Sail just erupted so loud. Like it was extremely loud. It was extremely loud! It doesn’t even sound that loud when you watch it back, but if you were there in person, it was insane and then I went into the ring, cut my promo the best that I have, and people popped so loud for that. Shayna left, I left, I came back and everyone backstage was just like, ‘Oh my God, that was really good.’ So anyways, Shayna and I, we go to get changed into our gear. Sara [Amato] comes running into the room, and Sara’s just like, ‘Guys, change of plans. Rhea got too much of a pop, we need to change the ending,’ and I was like, ‘Well, okay… like what are we gonna do?’ Shayna’s like, ‘We’ve been trying to tell you this for weeks. Every time we’re on a road loop, Rhea gets the biggest pop out of anyone’ and Sara’s like, ‘Yep! We believe you now. We need to change the ending.’

Legit, I was like, ‘Oh my God, so what’s happening?’ And they’re like, ‘So we’re gonna need to do a DQ so we can continue this some other time.’ I’m like, ‘Okay, cool. That’s cool with me, whatever. So that’s why I hit her with the chair so we could continue it.”

On the topic of Tegan Nox’s knee injury at the 2018 Mae Young Classic tournament, Ripley stated:

“Even just seeing her sell now, whenever she sells her knee. I remember she had the match with Kay Lee Ray at NXT UK and Kay Lee was working the leg and she was screaming in agony about her knee and it was giving me PTSD. It was such a horrible moment to be a part of.”

On the topic of how she got signed by WWE, Ripley stated:

“So, I actually got an email from WWE when I was 17, and when I emailed them back all my information, they were like, ‘Oh crap, we didn’t know that you were that young.’ Guys, do I really look that old? Thank you, but yeah, they were like, ‘We didn’t know you were 17. Can you contact us when you’re 21?’ So then a couple years passed and I was 20 years old and ended up coming back and they emailed me again. They’re like, ‘Hey we know you’re not 21, but we have a tryout coming up and we want you to be a part of it.’ So I think I had a couple people put my name forward for the first one.”