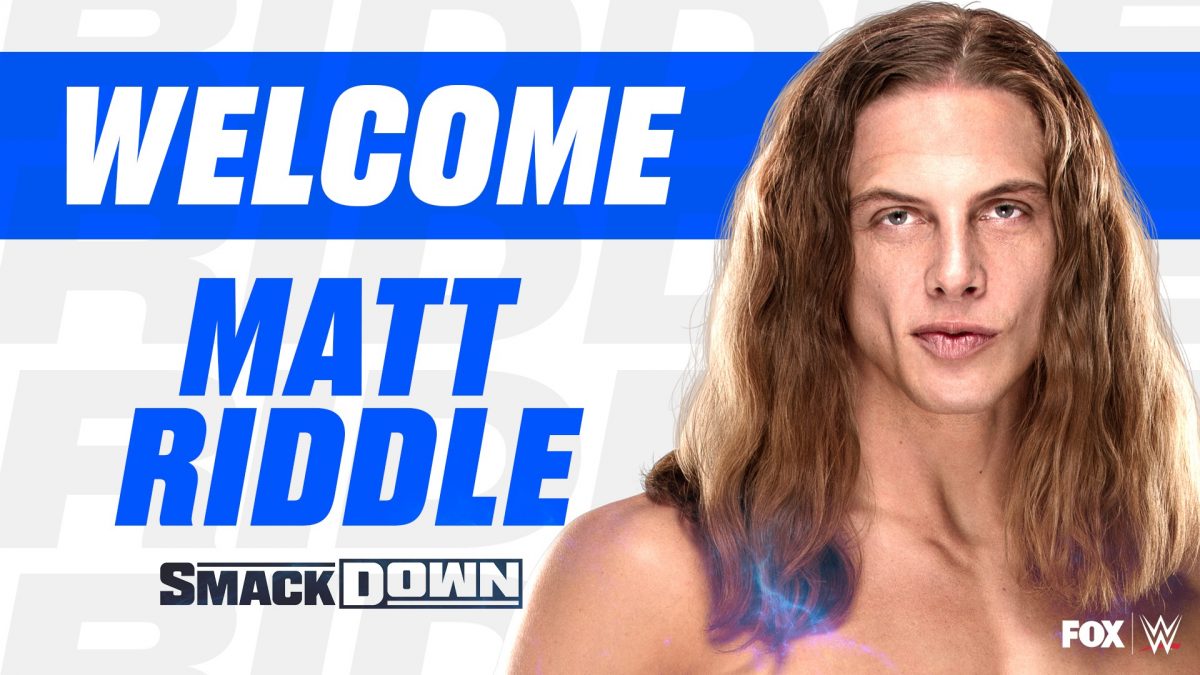 Matt Riddle was officially announced as a member of the SmackDown roster on tonight’s show.

Kurt Angle first talked about Riddle in a backstage segment, then a hype video for Riddle aired.

“I’m here to talk about the future. I’m here to announce the next superstar that’s going to become the next face of this brand,” Angle said. “This is a superstar I’ve gotten to know over the past few months, who has a very bright future. I even got to see him up close and personal when I refereed his last match on NXT this past Wednesday. And tonight, I am happy to announce that he is coming to Friday Night SmackDown on FOX.”

A hype video for Riddle then played, with Riddle doing a voice over. “My name is Matthew Riddle. It’s kind of ironic that my name is Riddle because I’m a tough dude to figure out. I’m pretty laid back but I’ve been fighting all my life. I’m pretty chill but I will go from bro-down to bro-down in a flip of a switch. I’ve competed all over the world in all kinds of rings and I’ve done it all… without wearing shoes.”